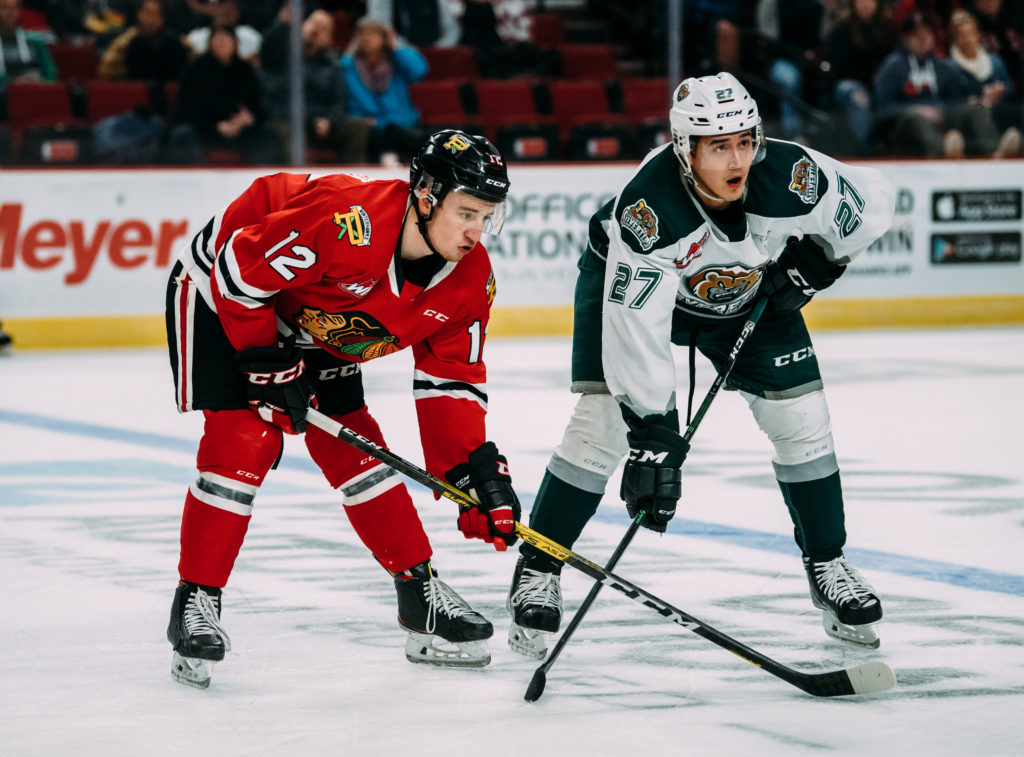 The Winterhawks see their 21-game point streak come to a close on Friday night in Everett, WA after losing 4-3 to the second place Silvertips. The battle between two top ten CHL teams certainly lived up to its hype.

The Hawks out-chanced the Silvertips in the first period of play and they even killed off the lone penalty of the period. In the final seven seconds of the first, Seth Jarvis and Jaydon Dureau worked together on a transitional rush to draw a penalty, giving Portland a full power play to open the second period.

That penalty proved to be important, because the Winterhawks scored the first goal of the game right as the penalty expired. Jonas Brøndberg received a cross-ice pass from Cross Hanas and he fired in a wrist shot from the slot to make it 1-0. A few minutes later, more special teams play resulted in goals. Jake Gricius stripped the puck at center ice and out muscled an Everett defenseman for a shorthanded breakaway. Gricius scored a WHL goal of the year candidate as he went between the legs and roofed it over Dustin Wolf’s blocker to put the Hawks up 2-0.

The lead didn’t survive the period, however, because Everett scored two of their own. During the same penalty, Bryce Kindopp one-timed in his 31st goal of the season to put him in sole possession of fourth place on the ‘Tips all-time scoring list. In the waning minutes of the middle frame, rookie Brendan Lee scored on a back door feed to tie the game at 2-2. Through 40 minutes, Portland had doubled up the shots of Everett.

Everett took their first lead of the night 22 seconds into the third period when local defenseman Wyatte Wylie ripped in a shot from the right wing wall to make it 3-2. The Silvertips carried that momentum into the media timeout, jumping to a 4-2 lead. Portland fought back late in the period. Johnny Ludvig cut the lead to one with a power play goal in the final four minutes of regulation time, but the Hawks couldn’t get another puck passed Wolf despite playing with an extra attacker for the final two minutes of the period.

Next up, the Winterhawks take on the Seattle Thunderbirds on Saturday, February 1 at 6:00 pm at Veterans Memorial Coliseum. It’s also the annual Hawks Fight Cancer night, where Portland will be raising money for local charities. You can start bidding on the specialty jerseys NOW at winterhawks.com.