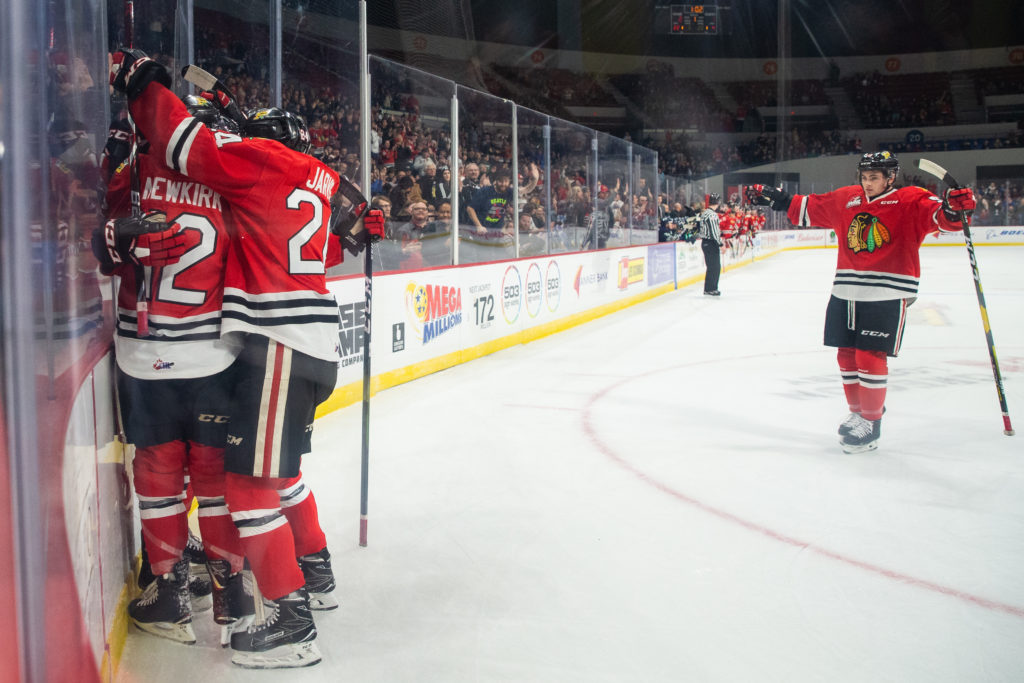 The Winterhawks stretch their point streak to five straight games after pouring on eight goals in Seattle. Joachim Blichfeld paced the way for the Winterhawks with a goal and three assists and increased his WHL point lead.

Portland climbed out to a 3-0 lead after the first period thanks to a strong offensive start. After settling into a groove a few minutes in, Joachim Blichfeld opened the wild offensive night with a goal. Sixteen seconds later, Lane Gilliss deflected in the team’s second of the night. Portland converted on another first period chance as Reece Newkirk found Seth Jarvis on a 2-on-0 post-to-post feed to increase the Hawks lead to three. They scored those three goals in their first eight shots of the game.

Seattle charged back in the second period and tied the game at three apiece after just under 11 minutes. Those three goals set the tone for the rest of the night as the Winterhawks and Thunderbirds exchanged tallies to make it 5-5 after 40 minutes. Seattle’s Zack Andrusiak scored a hat trick in the second period.

The Hawks answered quickly in the third period as Clay Hanus increased his point streak to five straight, scoring on a low wrist shot 85 seconds into the third period from the left wing side. Ryan Hughes netted his second goal of the night a few minutes later to give Portland a 7-5 lead on the road and they never relinquished that lead.

Andrusiak scored a goal with an extra attacker in the final minute of the game to cut into the Hawks’ lead, but Gilliss sealed the 8-6 victory with an empty net goal off the center ice face-off.

Portland returns home Monday, December 31st against the Thunderbirds for our Battle with Seattle at our Toyota New Years Eve game. Be sure to visit winterhawks.com/tickets for full details on pricing and availability.