No Dice in Vancouver 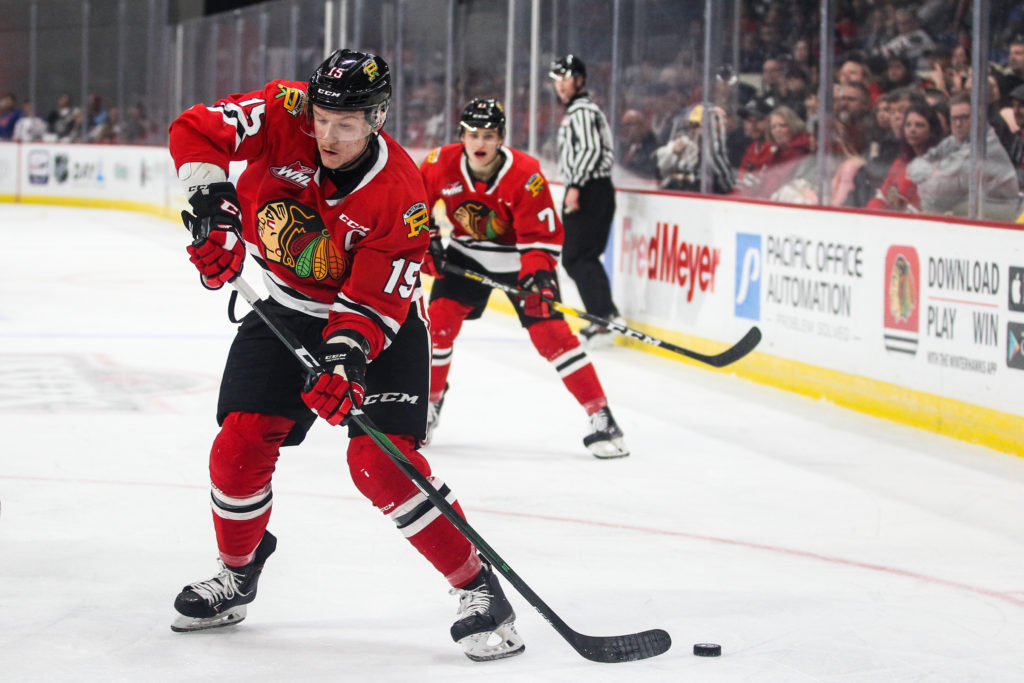 The Portland Winterhawks began the home-and-home series on a losing note, dropping game one of the weekend 3-1 on the road to Vancouver.

The Vancouver Giants came ready to play from the opening face-off. In a heavily slanted first period, the G-Men scored three goals from three different players to take a decisive 3-0 lead after 20 minutes of hockey.

Portland scrapped back in the second period, earning three power play chances, but they could not get anything passed Colorado Avalanche prospect Trent Miner. Miner stopped 20 shots through the first 40 minutes of play, but the Hawks cancelled his shutout attempt in the third period.

With just under six minutes to play in regulation, Reece Newkirk drove in his fifth goal of the season. The New York Islanders prospect increased his point streak to four straight games and Seth Jarvis and Jaydon Dureau collected the two assists. Despite nearly three full minutes with an extra attacker, the Winterhawks fell short of scoring another goal. They suffered their fourth regulation road loss this year.

After tonight, the Winterhawks have two remaining home games against the Giants on Saturday, November 9 and Wednesday, November 20.