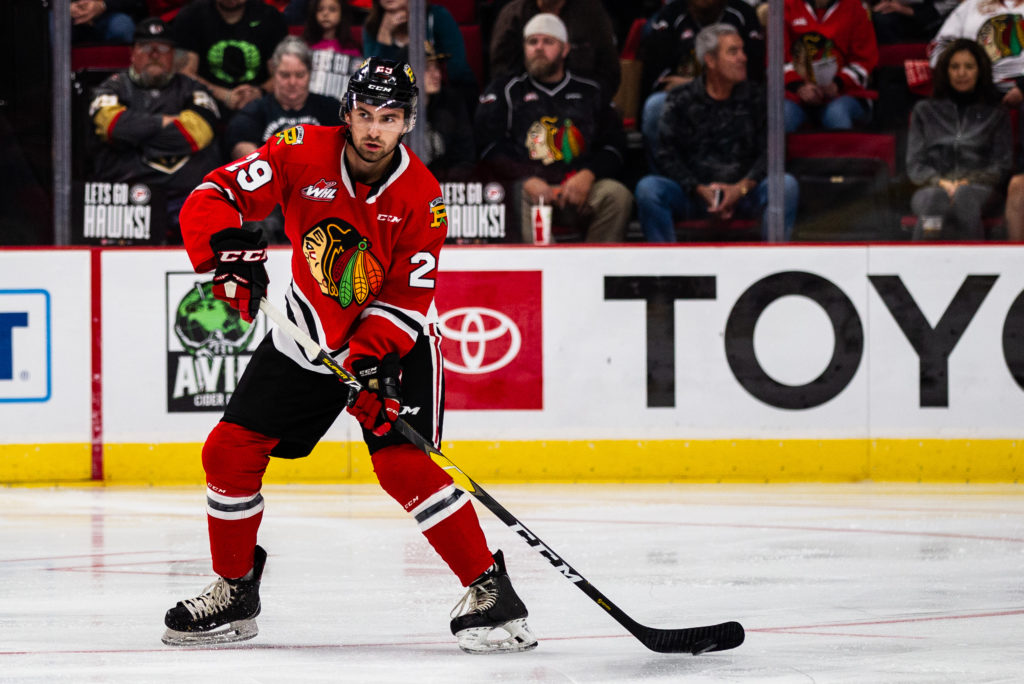 Defenseman Nick Cicek netted his first career Western Hockey League goal at the Enmax Centre as the Lethbridge Hurricanes handed the Portland Winterhawks their first loss of the season, winning 4-2.

Winterhawks captain wasted little time scoring the first goal. Twelve seconds into the game, Johnny Ludvig shot home a rebound to give Portland the important and early 1-0 lead that would hold through the first 20 minutes of play.

Cicek, Winnipeg, MB, opened the second period scoring with a shorthanded rocket, his second point of the year, to extend the Winterhawks lead. The Hurricanes battled back in the middle frame that was etched with 46 penalty minutes. Lethbridge scored three unanswered goals to take the lead after two periods.

It was a stand still in the third period as Lethbridge held off the late attack by Portland and scored an empty net goal as the clock expired to secure the home win.