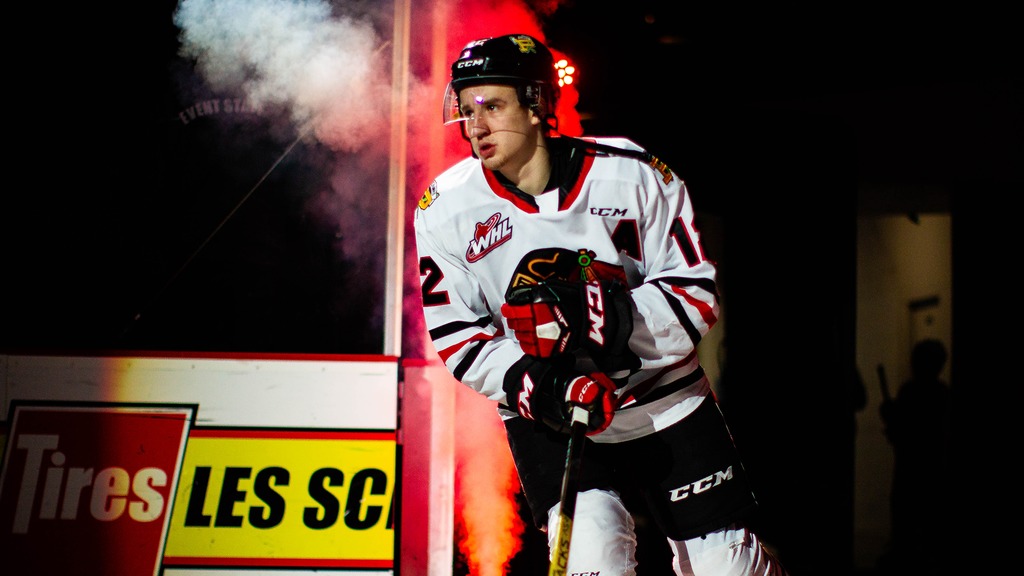 Winterhawks forward Reece Newkirk is set to play in his 200th WHL game tonight as the team hosts the Tri-City Americans. You can catch all the action on Watch.CHL.ca or listen live on Winterhawks.com/Listen.

Reece Newkirk can’t help but chuckle when he thinks about October 1, 2017.

Then donning #38, the native of Moose Jaw, Saskatchewan was playing in his first of what has now become 200 Western Hockey League games played. Of course memorable, the Winterhawks alternate captain still recalls exactly how he felt that night.

“I didn’t even want to touch the puck,” the veteran currently playing in his 19-year-old season shared nostalgically. “I was just wide-eyed, looking around; I didn’t want the puck on my stick.”

Against his hopes, he did indeed get the puck, registering one of the team’s 47 shots on goal that night against Prince George.

Relieved to make it through the first test, Newkirk had little idea then how much those that skated alongside him that night would impact that career. The Portland line-up for his first WHL game included now NHL’ers Cody Glass, Henri Jokiharju and Kieffer Bellows, among other pro players such as John Ludvig, Evan Weinger and Skyler McKenzie.

“Those were the guys that played a big impact on me getting to where I am today,” Newkirk stated in reflection of his development. “[Cody Glass], Joachim Blichfeld and Alex Overhardt all really helped me get to where I am today.”

With the 147th pick of the 2019 #NHLDraft the #Isles select forward Reece Newkirk. pic.twitter.com/H6dkKA3ikt

Safe to say it’s been a successful journey for the New York Islanders prospect, who has made many strides – evident in those who have spent time closest to him.

“His maturity level has grown each year,” Winterhawks Assistant Coach Don Hay, who runs Newkirk’s forward group, proudly said. “He came to Portland as a young boy and now he’s a young adult. He’s been to an NHL camp now, he knows the development it takes to reach the next level – not only on the ice, but off the ice as well. He’s gone from a role player to someone who’s a really key player for us.”

In a leadership capacity now for the last two seasons and one of the team’s leading scorers, the metaphorical stock in Newkirk continues to trend upward. Fingers crossed an indication of what’s to come in the future for him, he’s happy to be here now and have had the experiences here in the Rose City.

“It’s an honor. Growing up as a kid you always hope to accomplish things like this and now being able to play 200 games, I’m pretty proud of it,” Newkirk said. “I’m really glad to have all of the experiences I’ve have here and I’m really glad I came to Portland.” 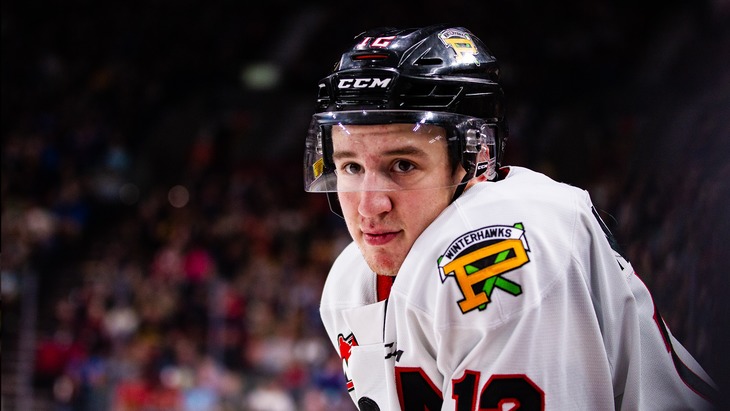