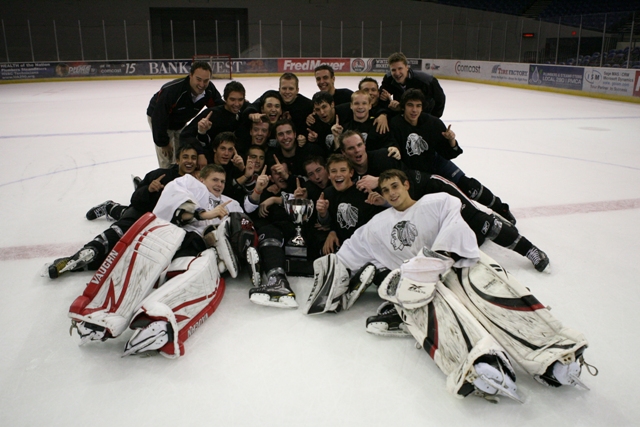 Click on the names below for each team’s Neely Cup roster.

The tournament is named for former Winterhawk Cam Neely, who led the Winterhawks to the 1983 Memorial Cup and went on to a Hall of Fame career with the Vancouver Canucks and Boston Bruins. He now serves as President of the Bruins.

With Neely’s Bruins having won the Stanley Cup in June, the Winterhawks will name the four Neely Cup teams after alumni who have gone on to win the Stanley Cup: Adam Deadmarsh, Andrew Ference, Marian Hossa and Mark Messier. All Neely Cup games will be played at Winterhawks Skating Center in Beaverton, and will be free. The schedule is as follows:

Deadmarsh played for the Winterhawks from 1991-1995, and went on to play nine NHL seasons for the Quebec Nordiques, Colorado Avalanche and Los Angeles Kings, winning the Cup in 1996 with the Avalanche. He is currently an assistant coach for the Avalanche.

Ference played in Portland from 1994-1999, helping lead the team to the 1998 Memorial Cup. Ference was a member of the Bruins team that won the Cup in June. He’ll be entering his 13th NHL season in the fall, having also played for the Pittsburgh Penguins and Calgary Flames.

Hossa was a teammate with Ference on the 1998 Memorial Cup team, his lone season in Portland. He won the Stanley Cup in 2010 with the Chicago Blackhawks, for whom he still plays. He’ll be entering his 14th NHL season in the fall, also having played for the Ottawa Senators, Atlanta Thrashers, Pittsburgh Penguins and Detroit Red Wings.