Marian Hossa Elected to the Hockey Hall of Fame 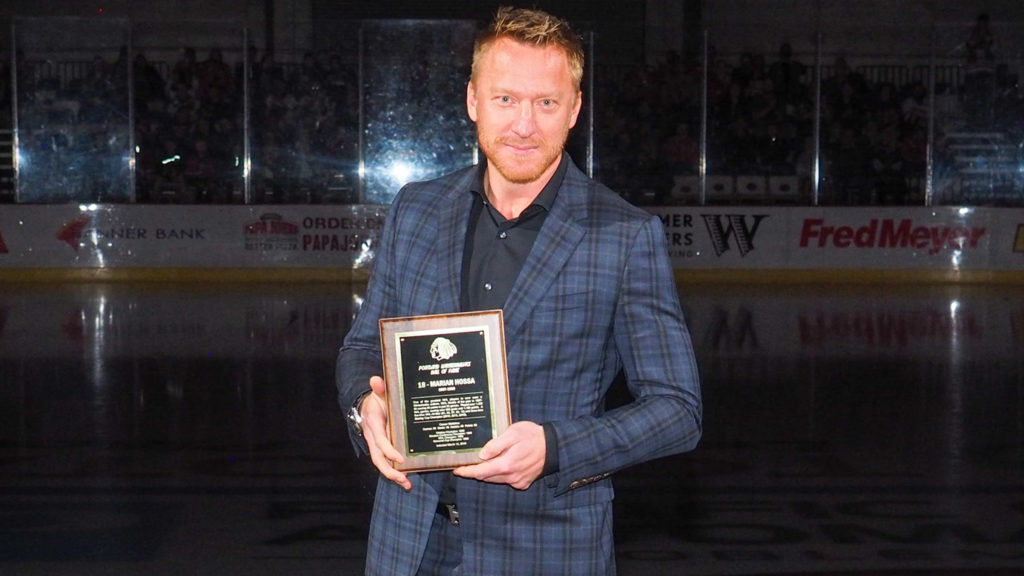 Winterhawks alumnus and Memorial Cup Champion Marian Hossa was elected to the Hockey Hall of Fame in his first year on the ballot.

“Marian has been a champion all his life and it’s nice to see him rewarded with such a special honor. The Winterhawks alumni are proud,” Head Coach, General Manager and Vice President Mike Johnston said.

The 19-year veteran in the NHL played for the Winterhawks during their 1997-98 championship season. In 53 regular season games, Hossa ranked first on the Hawks with 45 goals and third on the team with 85 points. Hossa’s masterful season led to him taking home the Jim Piggott Trophy, which is awarded to the WHL’s Rookie of the Year, and being recognized by both the CHL and WHL as a First Team All-Star.

In the playoffs, Hossa helped Portland claim its second WHL Championship and he continued to lead the Hawks in scoring with 13 goals in 16 games. The Slovak kept that momentum through the Memorial Cup, posting nine points in four games to eventually win the Memorial Cup thanks to a perfect 4-0-0 tournament by Portland.

WATCH THE DECIDING GAME OF THE 1998 MEMORIAL CUP:

In the NHL, Hossa played 1,309 regular season games for five different teams, scoring 525 goals and 609 assists for 1,134 points. The former 12th overall pick in the 1997 NHL Draft was a three-time Stanley Cup Champion and five-time NHL All-Star. The 2020 Hockey Hall of Fame Induction Celebration is tentatively scheduled for Monday, November 16th in Toronto.

Hossa becomes the third Winterhawk to make it to the Hall of Fame, joining forwards Cam Neely and Mark Messier. 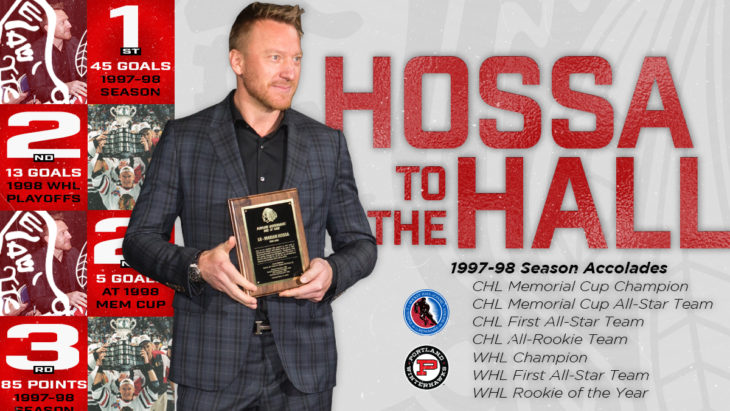 IN THE NEWS WITH MARIAN HOSSA:

The Athletic: Marian Hossa’s Top 10 Moments as a Blackhawk