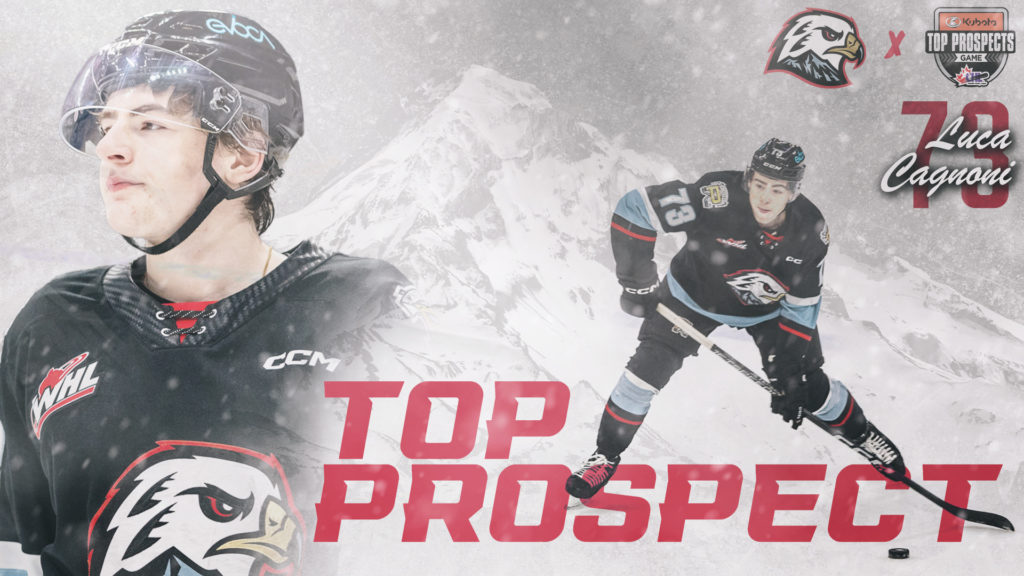 Slated for January 25 at the Langley Events Centre, the 2023 Kubota CHL/NHL Top Prospects Game showcases the top 40 CHL players eligible for the 2023 NHL Draft from across the Western Hockey League, Ontario Hockey League, and Quebec Major Junior Hockey League. The 40 players were identified via a survey conducted with the NHL’s 32 teams.

Through 28 games, the second-year Winterhawk ranks third on the team in goals (9) and fourth in assists (17) and points (26). His 26 points are the 12th most in league scoring among defensemen and his 107 shots rank second among defensemen. The Burnaby, B.C. product skated in his 100th WHL game during the Winterhawks Teddy Bear Toss game and he has 65 career points.