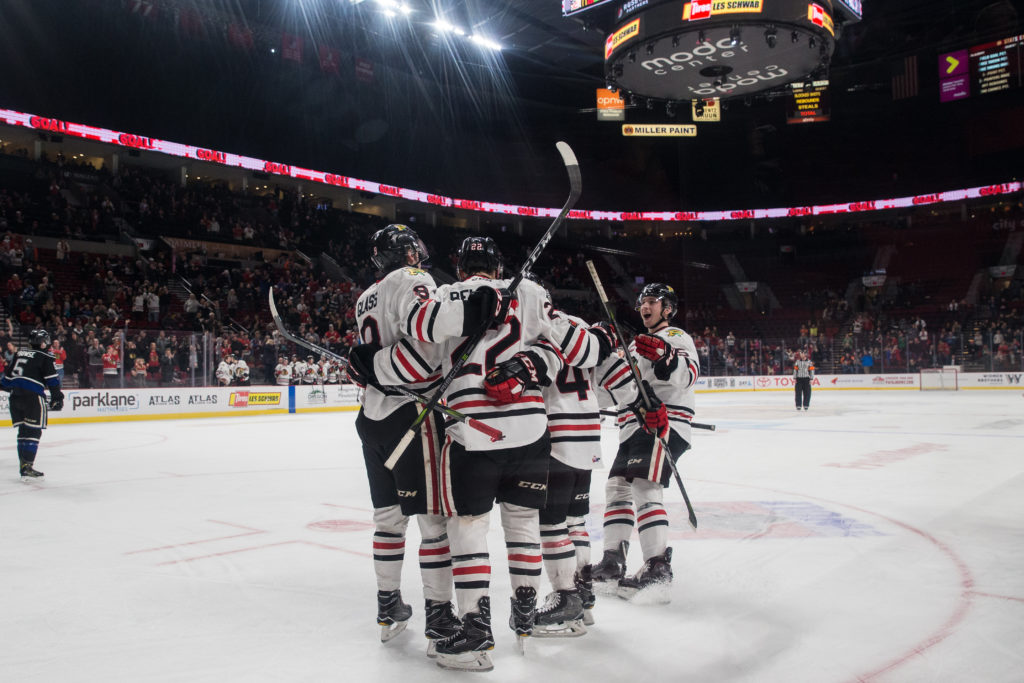 Save on Foods Memorial Centre– Victoria BC – Saturday, February 24th

Cody Glass scored with just over four minutes remaining in the third period to lead Portland a 3-2 victory over the Royals on Saturday. With the win, Portland clinched a playoff spot for the ninth straight season.

Kieffer Bellows got the Hawks on the board first 3:50 into the opening frame. Dennis Cholowski floated a point shot on net, Royals netminder Griffin Outhouse couldn’t grab it, and Bellows buried the rebound. The Royals would respond late in the period on the powerplay, as Noah Gregor fired one past Shane Farkas to tie things at one.

In the second, the Hawks again took the lead when Bellows ripped a wrister past Outhouse. For Bellows, it was his 32nd of the season. The Royals responded, again on the powerplay, with Gregor picking up his second of the game to knot things at two.

In the third, both teams had opportunities to go up, but both Farkas and Outhouse held strong for their respective teams. The Hawks finally broke through late in the period, when Glass put home a sweet feed from Henri Jokiharju on the powerplay to give Portland a 3-2 lead. The Royals would pull their goaltender but to no avail, as Portland would hold on for the win.

Shane Farkas made 21 saves in the victory.

The Winterhawks are away Tuesday against the Tri-City Americans and return home Friday, March 2nd to play the Seattle Thunderbirds at the Veterans Memorial Coliseum. Tickets on sale here, and single game and group tickets now on sale.