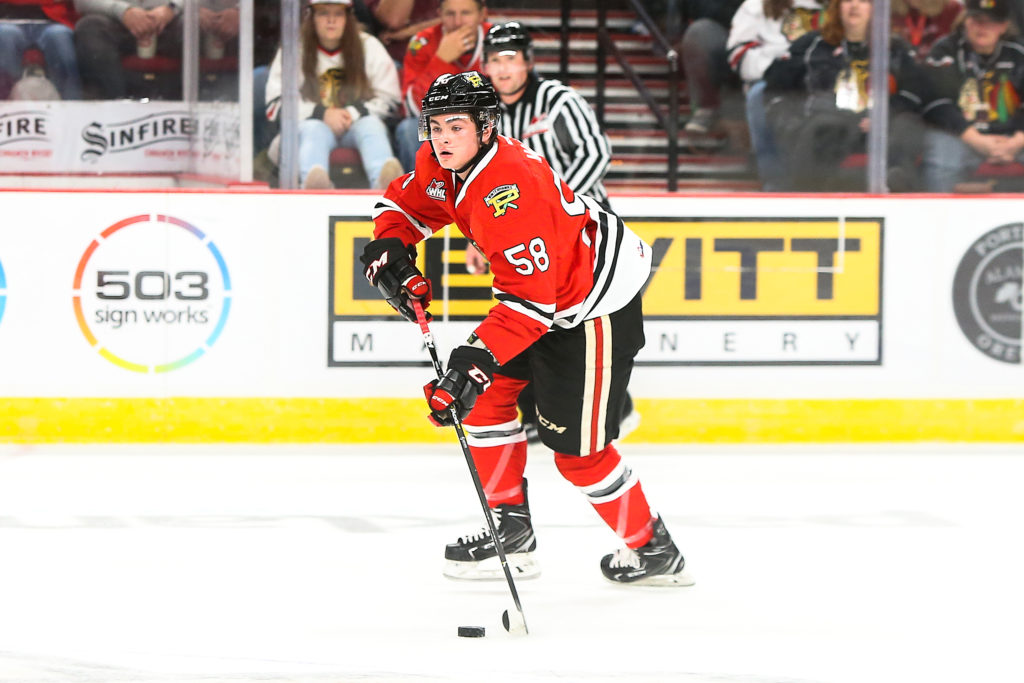 “Know Your Winterhawks” is a series providing Portland fans with insight on some of the newer faces on the Winterhawks roster this season.

At what age did you start playing hockey and when did you realize this was something you wanted to do long-term?

I’ve always grown up around hockey my entire life living in Minnesota and having a Dad that played. I started skating when I was two, with a 5-gallon bucket, and started playing competitive hockey at the age of six. I’ve always wanted to play in the NHL, ever since I can remember, and am still working towards that goal.

You’re one of just two 16-year old’s on the Winterhawks roster, what’s it been like being one of the younger players on the team?

It’s been really good. Newie (Reece Newkirk) is the other 16 year old, and me and him have gotten really close. It’s nice to go through all this with someone else.

On the ice, you’ve played with mostly veteran defensive partners, how helpful has that been?

It’s been great. They communicate very well. They’ve great role models. They’ve shown me how we play our game and what I can do to keep getting better.

Your currently living with Cody Glass, what’s it been like living with someone whose had such great success in this league?

He’s been really good to me. He’s a great role model. He shows me every day what it takes to be as good as him. He’s who I want to be. That’s my goal for next year. He’s been very helpful.

What’s the biggest difference you’ve noticed in the game at the WHL level?

The speed. Also, some of the physicality. In Minnesota, it’s a lot more “all skill”. But here, you get your 3rd, 4th liners who will go out there and “bang bodies” and pick fights. Other than that, you just have to go out there and play your game and not worry about what others say.

What has it been like playing for head coach Mike Johnston?

He’s a great coach. He pushes me and my teammates every single day to get better. And that’s as much as you can ask from a coach. We all have a ton of respect for him. And he’s a great guy off the ice too.

The Hawks are back in action Saturday against the Regina Pats at the Veterans Memorial Coliseum. Tickets are available HERE!