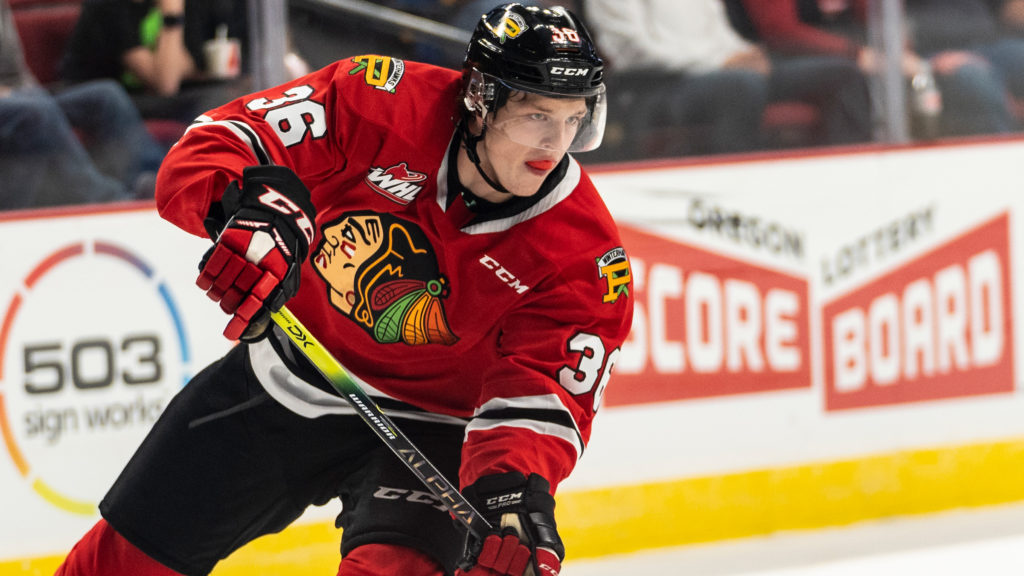 The Portland Winterhawks announced today that forward Simon Knak will join Switzerland at their Selection Camp next week in preparation for the 2020 IIHF World Junior Hockey Championship. Knak, 17, will skate up two age brackets at the camp, attempting to make the final Under-20 roster.

Knak, a native of Zurich, Switzerland, will report to camp after facing the Prince George Cougars at Veterans Memorial Coliseum on Sunday. He was drafted by the Winterhawks in the first round, 40th overall, of the 2019 CHL Import Draft. Through 23 games this season, Knak ranks eighth among WHL rookies with 17 points.

Group play for the World Junior Championship begins on December 26, 2019 in Třinec, Czech Republic when the Swiss take on Kazakhstan. The Winterhawks rookie winger has represented his country since 2017 and he recently captained Switzerland’s Under-18 Team. Knak played at the Hlinka Gretzky Cup the last two seasons and he has performed well on the international stage. Through 62 international games since 2017, Knak has recorded 25 goals and 18 assists for 43 points.

Knak is listed as a B-rated prospect on NHL’s Central Scouting ‘Players to Watch’ List for the 2020 NHL Draft. 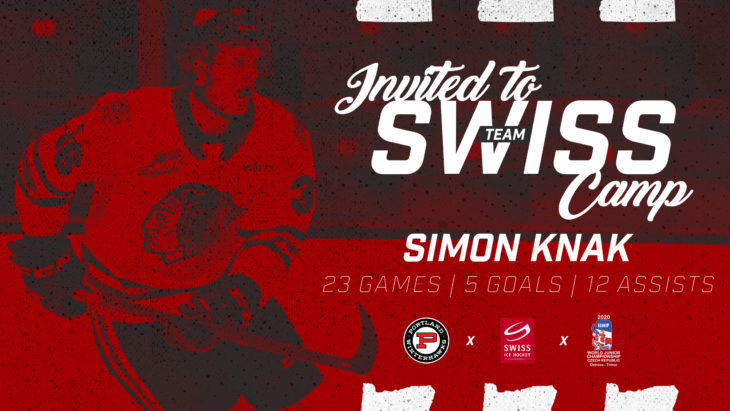