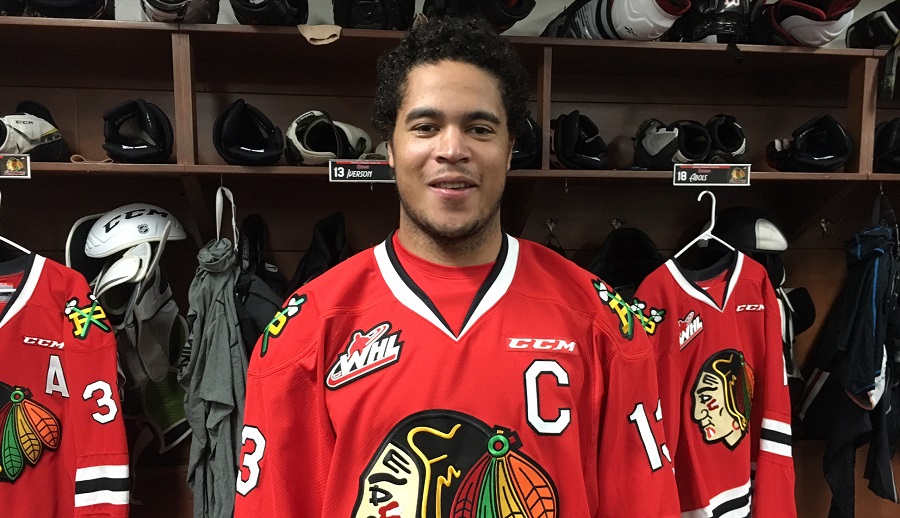 Iverson is set to make his season debut tonight after missing opening weekend while in training camp with the NHL’s Minnesota Wild. He enters his 20-year-old season tied for 30th in team history with 238 games played, and he’s posted career totals of 54 goals and 66 assists for 120 points.

“Keegan’s maturity and experience in the league made him a natural choice to be our team captain,” said Johnston. “Keegan has grown up in this organization and understands what it means to be a Winterhawk. He and the rest of our leadership group will be terrific mentors for the young players on the roster.”

Along with naming Iverson captain, the Winterhawks have also named their alternate captains: Caleb Jones, Keoni Texeira and Colton Veloso.

Iverson becomes the 41st captain in team history, joining such players as Nic Petan, Braydon Coburn, Adam Deadmarsh, Paul Gaustad, Brenden Morrow and Brent Peterson. He takes over the captain’s position from Dominic Turgeon, who will play in the Detroit Red Wings’ system this season.

Winterhawks season tickets and packages are on sale now, visit winterhawks.com for full details on pricing and availability.