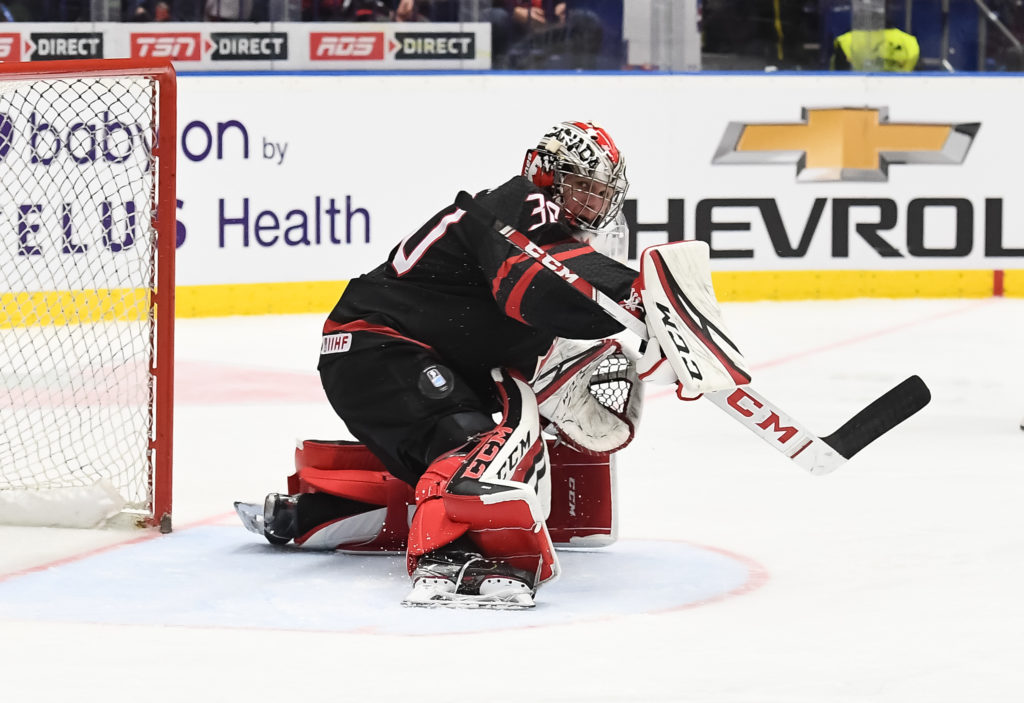 The Winnipeg, MB native was perfect in net, winning all five of his starts, and he was awarded the IIHF’s Top Goaltender of the tournament. Joel Hofer, a signed fourth round draft pick of the St. Louis Blues in 2018, was also recognized by the media as a tournament All-Star along with Canadian teammates Barrett Hayton and Alexis Lafreniere.

Hofer becomes the ninth Winterhawk to win gold at World Juniors while playing in Portland that season. That does not account for former Hawks like Henri Jokiharju (2019, Finland) and Kieffer Bellows (2017, USA) who each won a gold medal despite not playing in the WHL that year.

Hofer finished with an impressive .939 save percentage and 1.60 goals-against average. The top goaltender in the Western Hockey League also earned a 32-save shutout in the semifinal round against Finland to guarantee the Canadians a spot on the podium. Joel Hofer earned the starting job in net during group play when he helped Canada finish in first place of Group B.

The Portland Winterhawks goaltender will bring some hardware back to the Rose City and rejoin his team that currently sits in first place in the U.S. Division and leads the WHL with 27 wins.