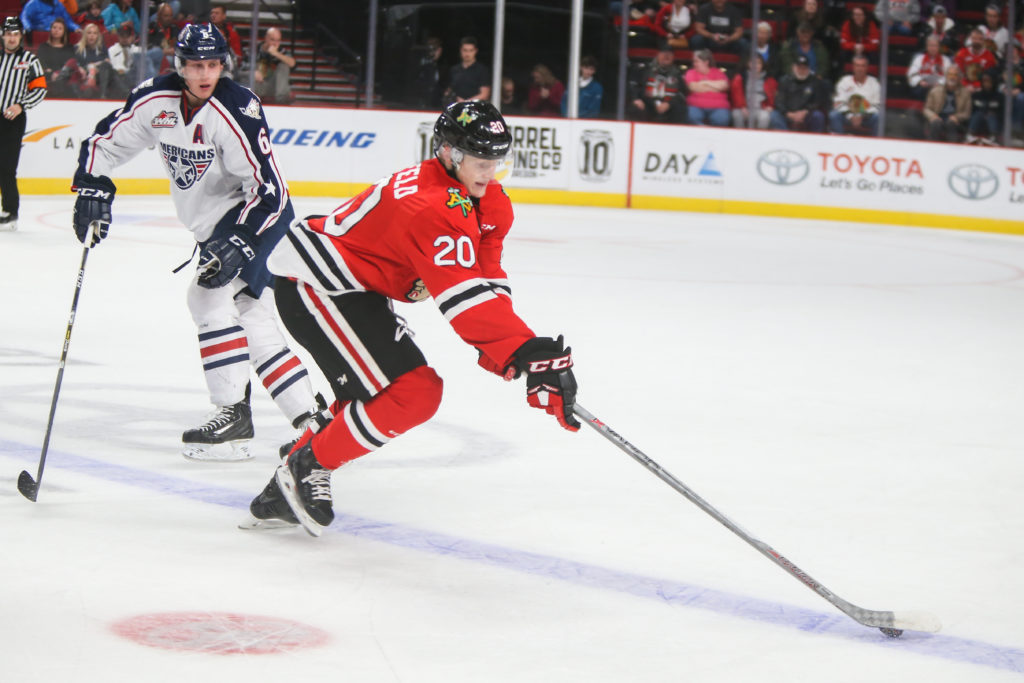 Blichfeld is having an excellent second season with the Winterhawks. The 6’1” forward has 13 goals and 30 points on the year. He is one of just five Portland players to be averaging over a point-per-game.

“Joachim is a natural goal scorer and can change a game with his shooting ability and hockey sense,” said San Jose Sharks General Manager Doug Wilson in a statement released by the NHL club, “He has proven to be one of the top goal scorers in the Western Hockey League and his puck possession game fits well with the way we want to play. We’re excited to see Joachim continue to evolve as a player.”

Blichfeld, a native of Denmark, is in his second season in the WHL, both with Portland. In his WHL career, he has 41 goals and 88 points in 89 games. In 11 playoff games last season, Blichfeld had 5 goals and 11 points. He was drafted by the San Jose Sharks in the 7th round of the 2016 NHL Draft.

Blichfeld is currently away from the Winterhawks, representing Denmark at the 2018 U-20 World Junior Championship in Buffalo, NY.

The Winterhawks Toyota New Year’s Eve Party game is Sunday against the Seattle Thunderbirds at the Moda Center. Make sure to grab your tickets HERE!