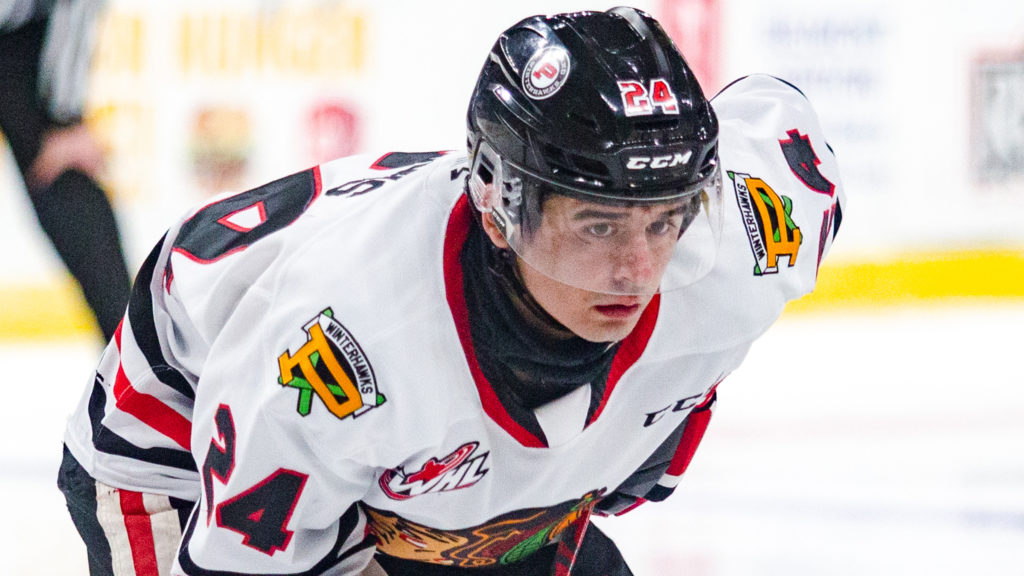 The eight day camp, which is set to take place July 28 – August 4 at the Seven Chiefs Sportsplex on the Tsuut’ina Nation near Calgary, will feature a combination of practices and intrasquad games to help assemble Canada’s 2022 International Ice Hockey Federation (IIHF) World Junior roster.  The annual IIHF tournament will run from December 26, 2021, through January 5, 2022 in Edmonton and Red Deer, Alta.

Jarvis, a 2020 first round draft selection (#13 overall) of the Carolina Hurricanes, is one of 19 Western Hockey League players and 51 total Canadians to receive an invite to Canada’s development camp.  The Winterhawks alternate captain claimed a silver medal while playing for his country at the 2019 Hlinka Gretzky Cup, scoring two goals and two assists in five tournament games.  Jarvis was also invited to Canada’s National Junior Team Selection Camp in 2020.

Following a productive 2020-21 season in Portland, the Winnipeg, Man. native was named Co-Team MVP after scoring 27 points (15G-12A) in 24 games.  Prior to arriving in the Rose City for the most recent campaign, Jarvis got his first taste of professional hockey with the Chicago Wolves and he led the American Hockey League in scoring with 11 points in nine games.