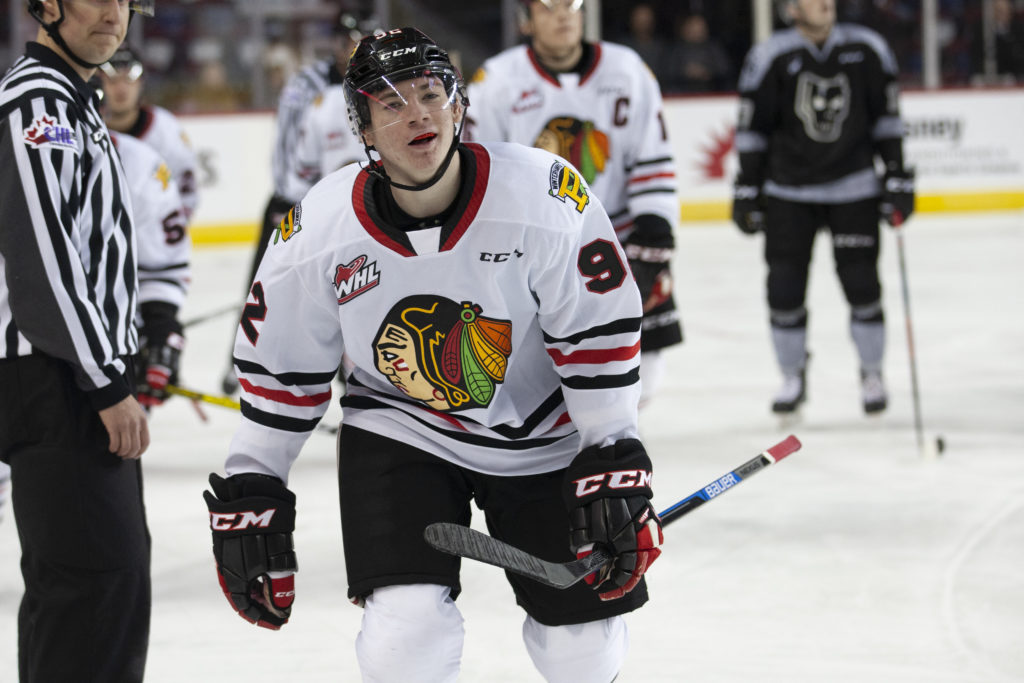 The Winterhawks came up short in a rare Sunday afternoon contest against the Hitmen as they fall 5-2 against the Central Division opponent that has yet to lose at home.

The Calgary Hitmen charged out of the gate with three goals in the first 11 minutes as Egor Zamula, Jett Woo and Orca Weisblatt did the damage. After juggling the forward lines prior to today’s matinee game in Calgary, Jack O’Brien was rewarded when he scored his first career Western Hockey League goal 4:31 into the opening period.

Calgary scored the lone second period marker, but the Hawks had plenty of fight in them as they out-shot the Hitmen 24-to-14 through the final 40 minutes of play. Seth Jarvis kept things interesting by scoring his first goal of the season with a little over eight minutes to play to make it a 4-2 game. The Winterhawks had one final power play chance to close the game, but they came up empty handed and Calgary scored an empty net goal to secure their fourth win of the season.

Next up, the Winterhawks travel through Alberta and eventually into Saskatchewan for midweek games against the Medicine Hat Tigers on Tuesday and the Swift Current Broncos on Wednesday.