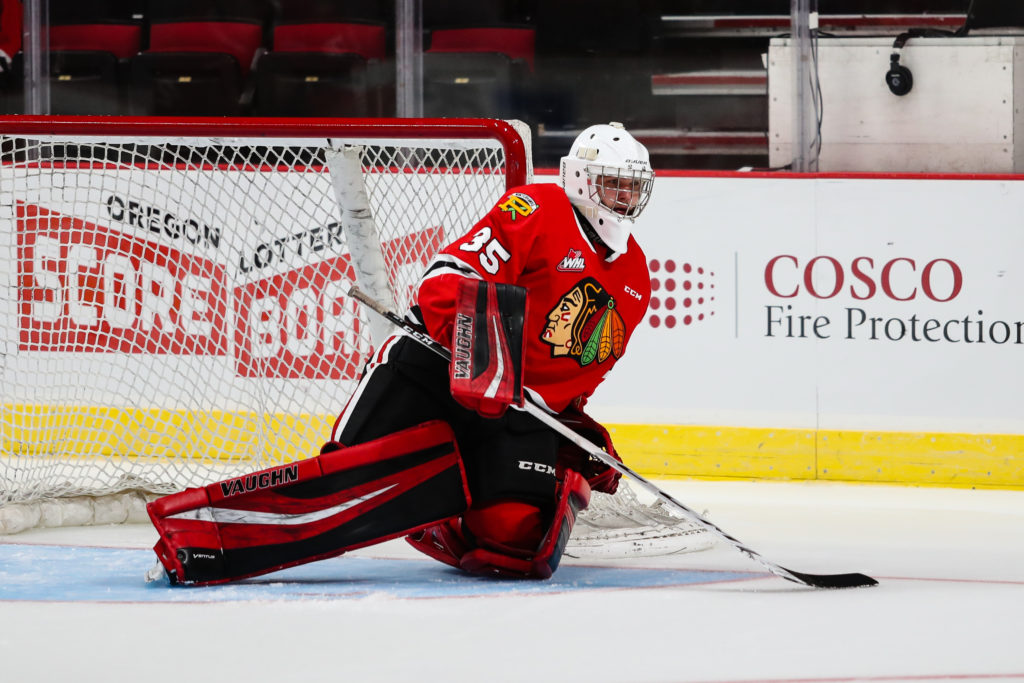 Goaltender Isaiah DiLaura stopped 44 shots in his Portland debut, but the Winterhawks surrendered three third period goals to the Medicine Hat Tigers and fall victim of another 4-2 final.

After a scoreless first period of play, the Winterhawks had a handful of scoring chances in the second and they cashed in twice. Defenseman Jonas Brøndberg opened the Tuesday night scoring with his first Western Hockey League goal to give the Winterhawks a 1-0 lead. The Tigers scored a few minutes later on an unfortunate bounce in front of Isaiah DiLaura, but Clay Hanus netted his team-high fourth goal of the season to give the Winterhawks a 2-1 lead after 40 minutes of play.

Medicine Hat turned things on in the final period and out-shot the Hawks 22-to-6 to help them win their fifth game of the season. The Tigers scored the tying goal on the power play and put the eventual game-winning goal in just four seconds later. Next up, the Winterhawks travel across provincial borders into Saskatchewan for a Wednesday night game against the Swift Current Broncos.