Hofer Steals the Show in a Key Road Win 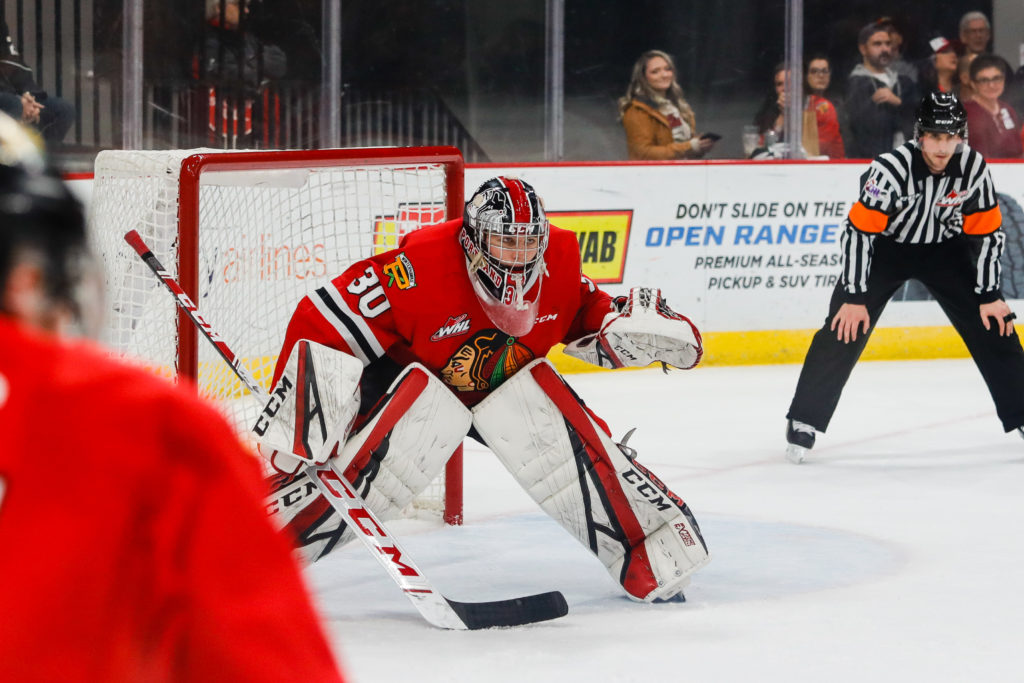 Joel Hofer continues his sensational month, turning aside 34 shots in 65 minutes and stopping all three shootout attempts to beat the Kamloops Blazers 2-1 in a Sandman Centre shootout on Friday night. With the win, Portland extends their winning streak to five-in-a-row.

It was a high-tempo first period of play and Portland had a better start against the B.C. Division’s best. In the 16th minute of the opening frame, Kade Nolan walked the blue line to evade the defense and he ripped a wrist shot off the crossbar and in to give the Hawks a 1-0 lead to take into the first intermission break.

The Winterhawks held that 1-0 lead for nearly 20 minutes until Connor Zary netted his team-leading 18th goal of the year while his Blazers were shorthanded. The 1-1 tie lasted into the third period at the Sandman Centre.

Kamloops out-shot Portland 17-to-11 in the final 25 minutes of the game, but Hofer made some momentum-changing stops to close out the game. In overtime, Seth Jarvis nearly won it on a second chance play from Jake Gricius, but NHL Draft prospect Dylan Garand made a highlight reel stop. Fast forwarding to the shootout round, it was only fitting that Jarvis netted the game-winning shootout goal to give the Hawks their 16th win of the season.