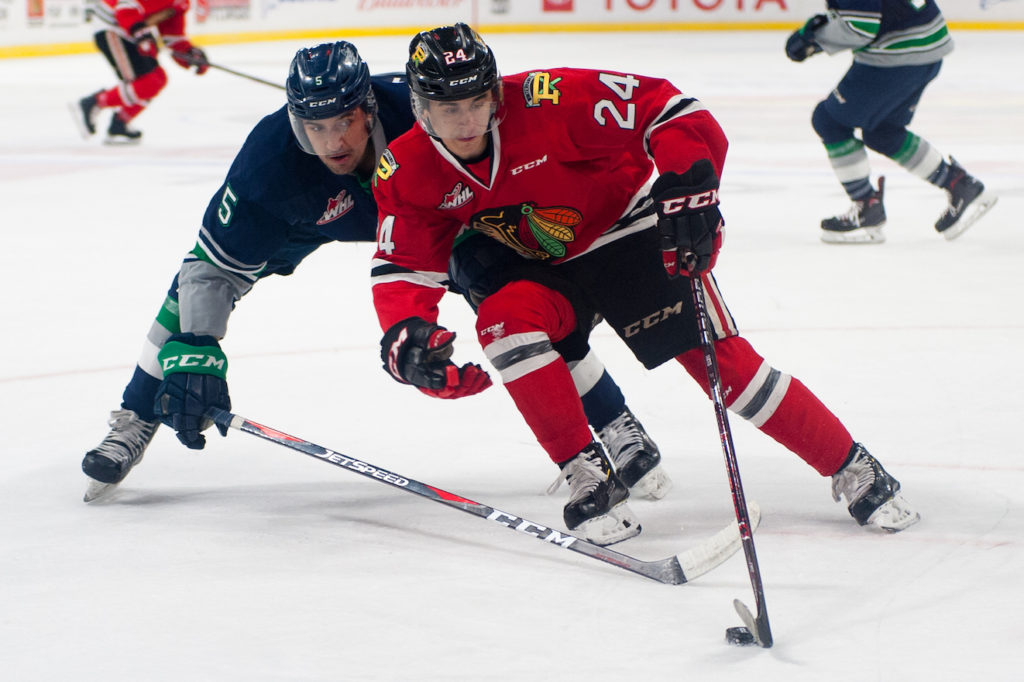 In a historic night of the I-5 rivalry, the Winterhawks held a lead for the majority of the night and eventually defeated the Thunderbirds 3-2 in overtime at Veterans Memorial Coliseum. A little over two minutes into the overtime period, rookie Seth Jarvis scored the game-winning goal on a penalty shot.

Portland controlled the offensive zone for the majority of the night and scored a late goal in both the first and second periods to give them a 2-0 lead heading into the final 20 minutes. Lane Gilliss scored his 10th goal of the season, becoming the ninth Winterhawk to reach double-digit goals this year. The Hawks’ alternate captain finished as the first star of the night for his two-point performance, the tenth such game of his WHL career.

After shutting out the Thunderbirds for 59:40, they scored with an extra attacker to cut into the Hawks lead. With two seconds to play, Seattle scored its second straight extra attacker goal to tie the game at 2-2 and force overtime.

Jarvis got his time in the spotlight, scoring his second game-winning goal of the season.

Over 6,600 plus fans rocked the crowd during the Boeing Airplane Toss and while they were celebrating the win, many fans secured prizes for their precise airplane flying after the win.

Statement from the Canadian Hockey League
8 hours ago