Hawks Win Big to Even the Series at 1-1 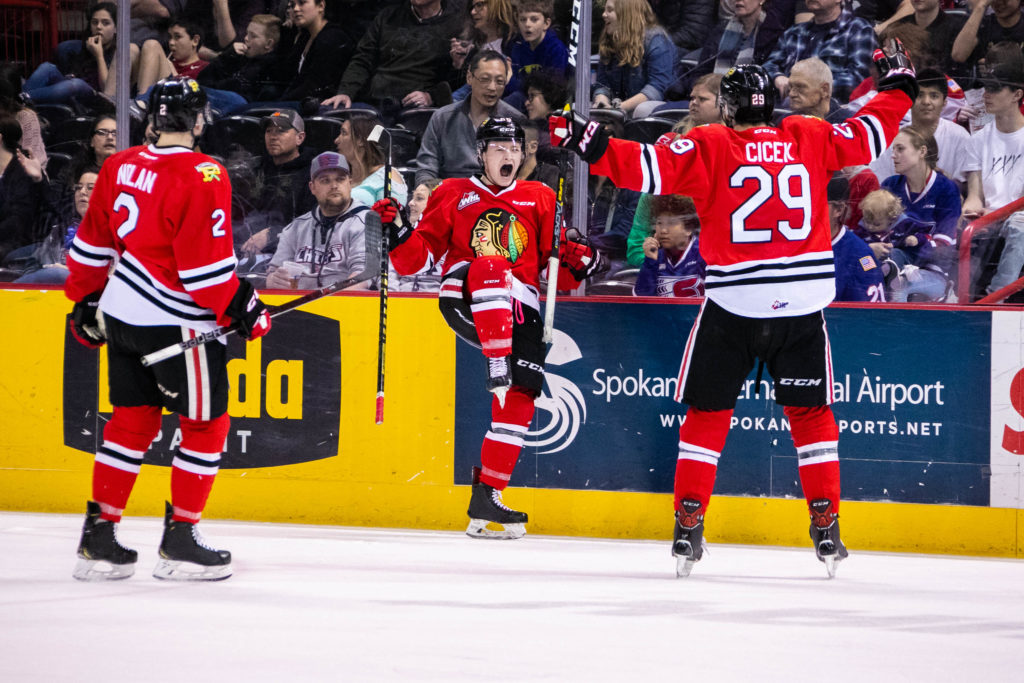 The Winterhawks scored four unanswered goals to propel them to a 5-3 win on the road in Spokane to even the series at 1-1.

For the second consecutive night, the Winterhawks had a solid first period of play. They out-shot the Chiefs 12-9 in the opening period, but Spokane was able to capitalize on a defensive mistake to give them an early 1-0 lead.

Both teams captured a goal in the middle period to lead us to an exciting finish. After Spokane went up 2-0, Josh Paterson scored a heavy one-time goal from Jaydon Dureau and Seth Jarvis to bring it back to a one-goal game.

The third period went the Hawks way. Lane Gilliss tied the game at two apiece on a rush and Paterson slammed in the go-ahead marker 100 seconds later to give Portland a 3-2 lead.

Minutes later, Mason Mannek threw a puck on net from the right wing side that trickled through Bailey Brkin’s pad to give the Hawks an insurance marker. The Chiefs were able to score with under three minutes left, but Portland quickly scored in the empty net to put the game to rest.

There were zero penalties assessed tonight and it’s the first time in the Hawks 43 year history both teams were held without a power play chance. The Winterhawks head home for a pair of midweek games against the Chiefs on Tuesday and Wednesday night.