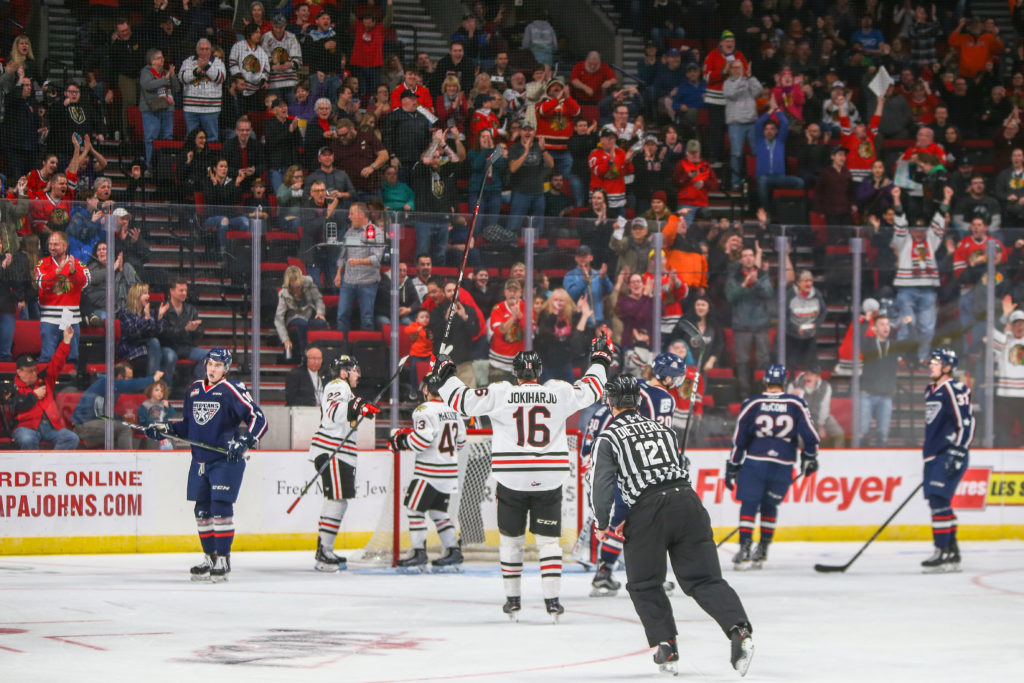 Kieffer Bellows scored twice and Shane Farkas made 29 saves as Portland took down the Tri-City Americans 3-2 on Saturday at the Moda Center.

The Americans got on the board first in the opening frame on a goal from Dylan Coghlan. But the Hawks quickly responded on the power play on a sweet feed from Cody Glass to Kieffer Bellows, for his 25th of the year to tie it at one. Portland would then take the lead after Joachim Blichfeld forced a turnover, and Ryan Hughes beat Patrick Dea to make it 2-1 Hawks.

The score would remain the same all the way until the third, when Portland eventually added another on a passing play between Skyler McKenzie, Glass and Bellows, who picked up his second of the game. The Americans would add one late to make things interesting, but Shane Farkas made several big saves to keep the Hawks up by one. The Americans would pull their goaltender but it wasn’t enough, as Portland came away with a 3-2 victory.

A total of 9,879 fans were at the Moda Center to watch the Hawks and enjoy “Banner Bank Mascot Night”.

The Winterhawks at home Wednesday night against the Victoria Royals at the Moda Center for Mascot Night. Tickets on sale here, and single game and group tickets now on sale.