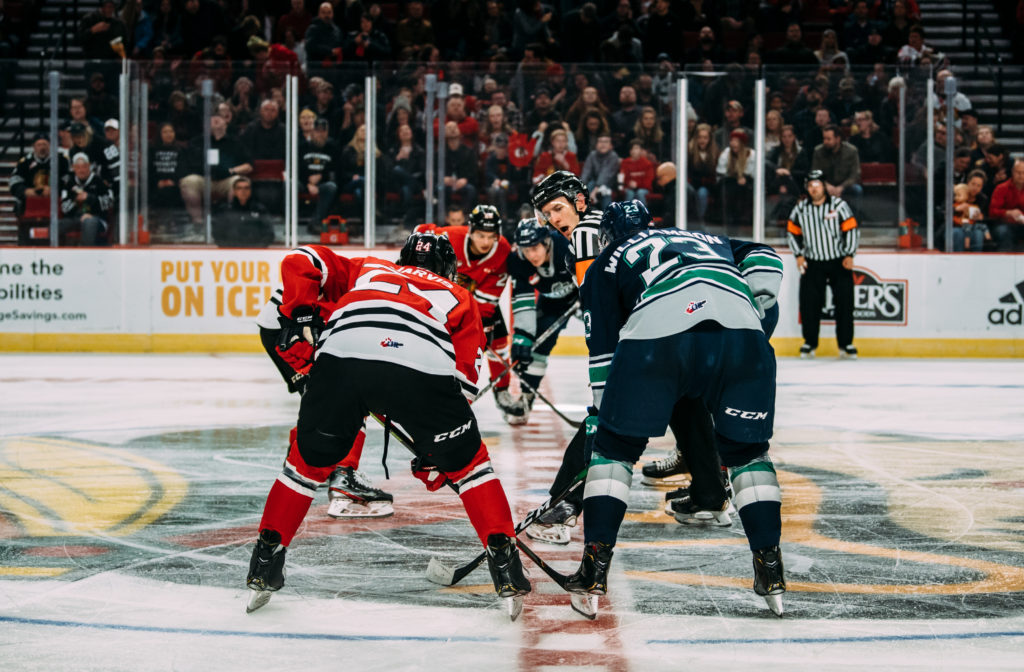 The Portland Winterhawks win their second weekend game, beating the Seattle Thunderbirds 4-1 on the road. At the midway point of the season, Portland sits atop the U.S. Division standings with a 24-6-1-3 record and 52 total points.

It was a dominating first period for the Winterhawks who spent nearly the entire opening frame in the offensive zone. Portland out-shot Seattle 23-to-2 early on, but the game was deadlocked at 1-1 heading into the intermission. Seattle scored on an odd-man power play rush to take a 1-0 lead on the team’s first shot of the night.

Just over a minute later, the Winterhawks strung together a few more scoring chances. Mason Mannek put a puck hard on Roddy Ross’ pad and Jack O’Brien cleaned up the rebound for his fourth goal of the season and fourth point for the rookie in December. Ross made 22 first period saves to take into the locker room.

Portland scored the lone second period goal as Tyson Kozak capitalized on a rebound, the eventual game winning goal, to make it 2-1 in the 13th minute of the period. Isaiah DiLaura turned aside all eight shots he faced in the middle 20.

In the third, Portland pulled away with a strip and score from Mason Mannek nearly 13 minutes into the final period. Reece Newkirk scored the empty net goal to seal the rivalry win for Portland and Isaiah DiLaura picked up his second win as a Winterhawk.