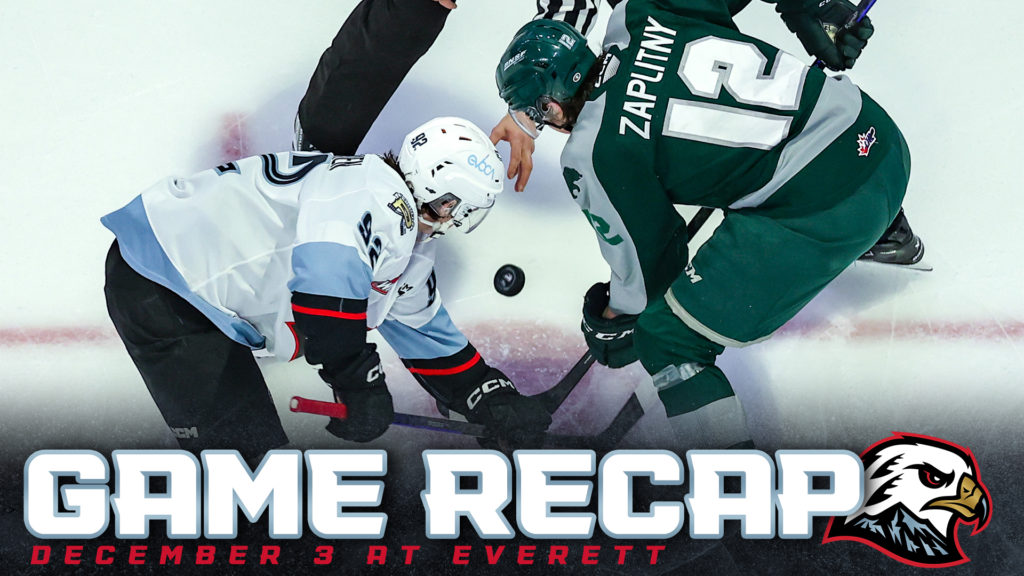 A scoreless first 20 minutes turned into a track meet in the final 40 as the Winterhawks rallied to earn a point, but fell in overtime.

Following a goalie duel in the first period, Everett kicked off a track meet in the sandwich stanza with Jacob Hoffrogge’s second of the season just 1:47 into the frame. Portland pushed for the equalizer and finally found it at 8:47 as Marek Alscher called his own number on an odd-man rush and fired a wrist shot that leaked through Braden Holt to tie things up. Alscher’s unassisted strike marked his sixth goal of the year and second in Everett this season. The Tips returned fire before the end of the period, though, as Austin Roest grabbed his team-leading 17th of the year at 14:05 to restore his team’s lead.

As they did after Everett’s initial tally, the Hawks responded to tie things up on Josh Zakreski’s fifth of the year as the first-year winger ripped home a wrist shot on a 2-on-1 at 2:57 of the third. Seven minutes later, Portland took a 3-2 lead as Robbie Fromm-Delorme hammered home a rebound on the power play for his team-leading 33rd point of the season. Despite more Dante Giannuzzi heroics – including a highlight-reel save on Austin Roest – the Silvertips managed to force overtime as Ryan Hofer struck late in the third, setting the stage for his captain’s heroics in the extra frame.

The Winterhawks are back on home ice this Wednesday at 7:00 P.M. against the Prince George Cougars. Then, on Saturday, the team’s annual Teddy Bear Toss returns to the VMC for the best goal celebration of the year.

“I think coming off the three-game skid we just wanted to build off that last game and focus on having energy on the bench. We’re a bit hungry after this loss. I think focusing on the week, we’ll be ready for what’s to come.”