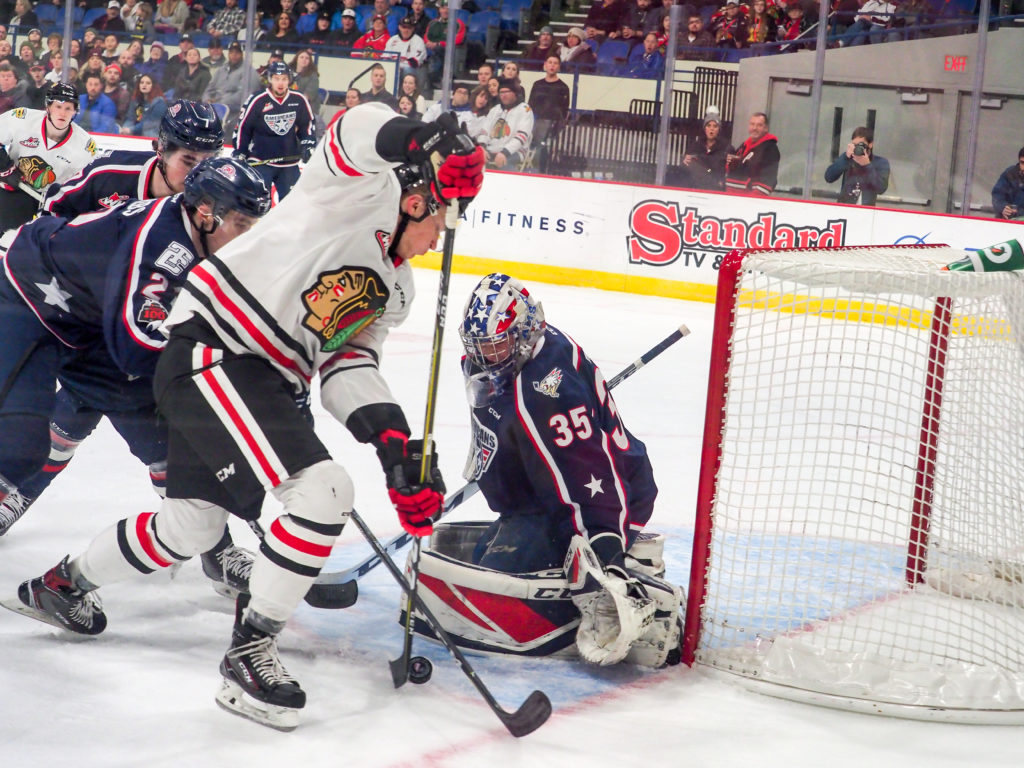 The Winterhawks welcomed a slew of new and returning faces to their lineup and took down the Tri-City Americans 5-1 in Kennewick for their third straight win.

The Winterhawks welcomed back Kieffer Bellows, Joachim Blichfeld and Henri Jokiharju from the World Juniors. While both Lukus MacKenzie and Dennis Cholowski made their Portland debuts.

After a scoreless first period, the Hawks poured it on in the second, beginning with a goal from Bellows, his 21st of the season just 41 seconds into the frame. Alex Overhardt netted the Hawks second goal of the night off a pass from Blichfeld. Portland went up 3-0 on a tipped goal from Mason Mannek on a shot from Jokiharju.

In the third, Lukus MacKenzie wired home his first of the season and as a Winterhawk on a 2-on-1. Bellows bury his second of the night on a rebound with the man-advantage to make it a 5-0 game for Portland. The Americans added one late to make it a 5-1 final. Cole Kehler made 28 saves for his 21st win of the season.

The Winterhawks return home Saturday, January 13th against the Seattle Thunderbirds. Tickets for the season opener on sale here, and single game and group tickets now on sale.