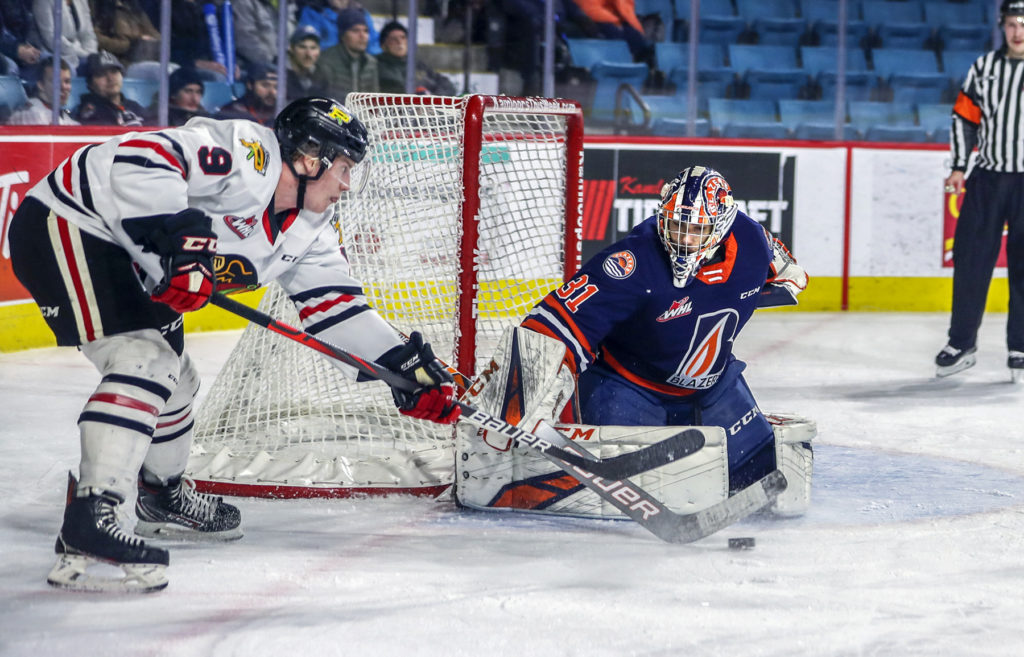 Special teams play favored the Kamloops Blazers during their Teddy Bear Toss game as they beat the Winterhawks 4-1 at the Sandman Centre. Saturday night was the fourth and final head-to-head meeting between the two clubs this regular season. Both the Hawks and Blazers earned two wins against one another this year.

The Blazers had three early power play chances and they cashed in on a two-man advantage 10:57 into the first period. Alternate captain Connor Zary scored his team-leading 19th goal of the year to send the teddy bears flying at the Sandman Centre. A little over six minutes of game time later, Orrin Centazzo scored the game’s second goal of the night, assisted by Zary, to give Kamloops a 2-0 lead into the intermission.

Kamloops increased their lead in the second period as Ryan Hughes tapped in a power play goal to make it 3-0 in the Blazers final home game before the holiday break. Joel Hofer had 26 saves after 40 minutes of play.

Daylan Kuefler scored his first Western Hockey League goal in the third period to make it 4-0 Kamloops, but the Hawks refused to get shut out on the road. With just over two minutes to play, Reece Newkirk ripped in his seventh goal of the season to put the Hawks on the scoreboard. Joel Hofer had his highest workload of the season, turning aside 42 shots.