Hawks Soar Over Americans with a 5-2 Victory 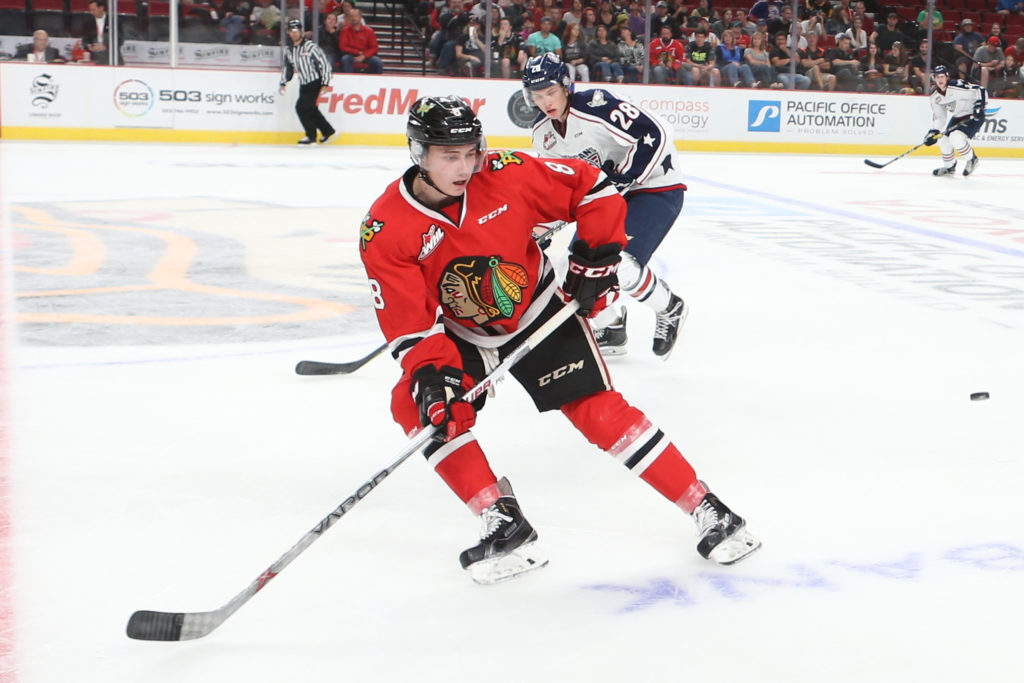 Joachim Blichfeld scored twice for the Hawks as Portland beat the Tri-City Americans 5-2 in their first meeting of the season.

After a scoreless first period, the Winterhawks (13-4-0-0) got on the board first in the second with a goal from Joachim Blichfeld at the 4:01 mark. Skyler Mckenzie would then net his 14th of the season with an assist from Cody Glass to give the Hawks a 2-0 advantage. The Americans (12-5-2-0) would score late in the second period on a goal from Maxwell James to make it 2-1.

Blichfeld didn’t waste anytime in third, as he potted his second of the night 22 seconds into the frame. Tri-City then responded with a goal from Morgan Geekie. Things got interesting with two minutes left in the game, but Keoni Texeira slapped an empty net goal at the 18:06 mark to give the Hawks a 4-2 lead. Kieffer Bellows would add one more with one second left in the third to make it a 5-2 final for the Winterhawks.

Portland goaltender Cole Kehler made 39 saves in the win.

The Hawks are at home again tomorrow, Sunday, November 12th  at the Moda Center against the Prince Albert Raiders. Tickets for the season are on sale here, and single game and group tickets now on sale.