Hawks Soar in 8-5 Win over Royals 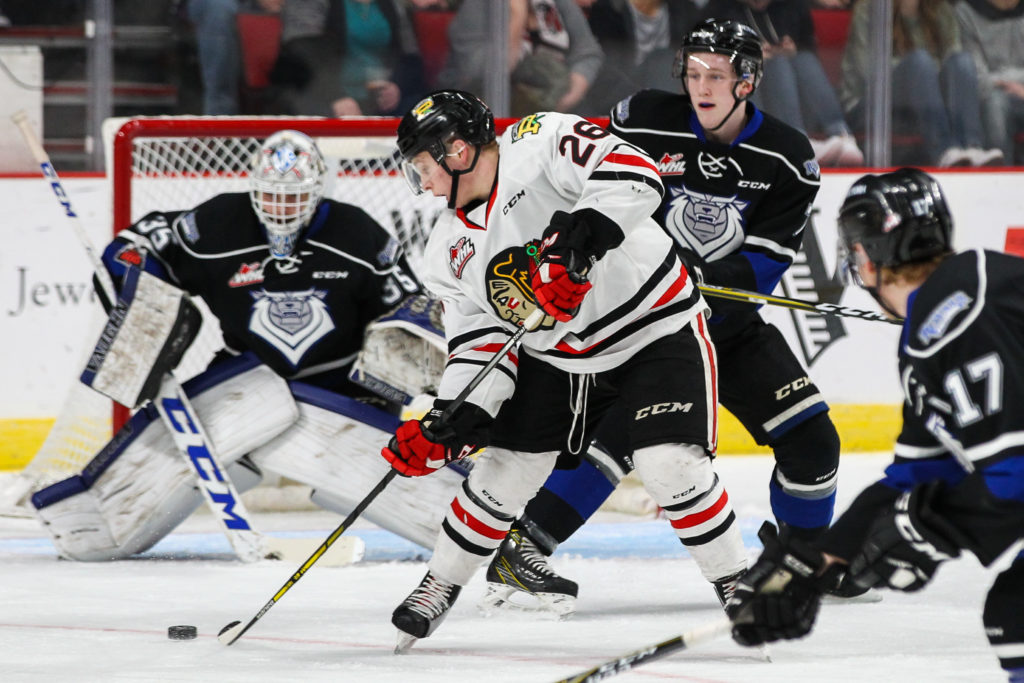 Portland exploded for eight goals to take down the Victoria Royals 8-5 at the Moda Center on Wednesday.

The game was back-and-forth all night long. The Royals took an early 1-0 lead but Portland responded just past the mid-way point of the first on a goal from Conor MacEachern, his first since moving to forward. Cody Glass then gave the Hawks the lead just 41 seconds later, with Skyler McKenzie and Henri Jokiharju picking up assists.

Victoria tied things at two 15:25 into the first on a goal from Tyler Soy. But again, Portland took the lead when Mason Mannek batted home a Keoni Texeira point shot to make it 3-2 heading into the first intermission.

The Royals came out firing in the second, with Soy picking up two more for Victoria, registering a hat-trick just over two minutes into the period. Again, the Hawks would come back. Joachim Blichfeld tied things at three at 11:03 on a clean faceoff win from Alex Overhardt. Then, Kieffer Bellows finished off a nice-passing play with Skyler McKenzie and Cody Glass to give Portland a 4-3 lead.

In the third, Victoria would tie things up on a two-on-one goal from Matthew Phillips. But Ryan Hughes would score on a howitzer from just inside the blueline to give Portland the lead once again, 6-5. Bellows would bury his second of the night on another feed from Glass. McKenzie would then ice it with an empty-net goal, his 40th marker of the season, to make it an 8-5 final. Cole Kehler made 23 saves in the win.

Henri Jokiharju, Alex Overhardt and Joachim Blichfeld would all reach 100-career points on the night.

The Winterhawks at home Friday night against the Tri-City Americans at the Moda Center for Boeing Airplane Toss Night. Tickets on sale here, and single game and group tickets now on sale.