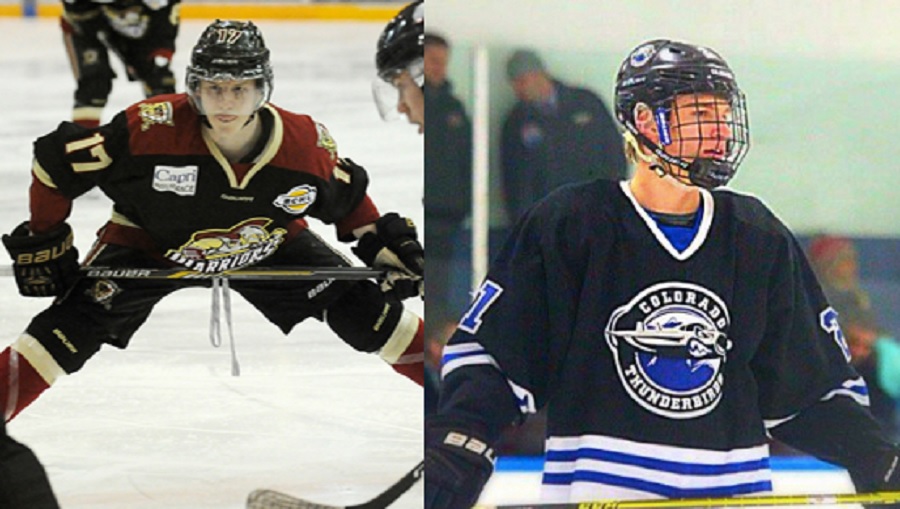 Gilliss played for the West Kelowna Warriors of the British Columbia Hockey League last season, where he had three goals and two assists for five points in 41 games. The Warriors won the RBC Cup last season, Canada’s national championship for Junior A hockey. Gilliss was also named to the 2016 Canadian Junior Hockey League All-Academic All-Canadian Champions Team, which recognizes academic excellence and character, community and competition. Gilliss was added to the Winterhawks’ protected list in September 2015.

Gricius spent last season with the Colorado Thunderbirds U16 team in the Tier 1 Elite Hockey League, the same program that produced Dominic Turgeon and current Winterhawk Alex Overhardt. Gricius had seven goals and 15 assists for 22 points in 28 games last season, as the Thunderbirds finished third in USA Hockey Nationals. He was added to the team’s protected list in June.

Both players are entering their 17-year-old season, but with late birthdays will be eligible for the 2018 NHL Draft.

“I’ve had a chance in the last month to meet and watch both Lane and Jake play, and I’m convinced they will fit in perfectly with our young group of forwards. I was also impressed with the experience they bring to our team,” said Portland Winterhawks Vice President, General Manager & Head Coach Mike Johnston. “Lane played in the BCHL last year as a 16-year-old and was part of a national championship-winning team. Jake comes from an organization that does a real good job of developing their players as they prepare to make the jump to junior hockey, which includes eight players who played in the WHL last year.”

The Winterhawks will open the 2016-17 season on Saturday, September 24 when they host the Seattle Thunderbirds at the Moda Center at 7 p.m.