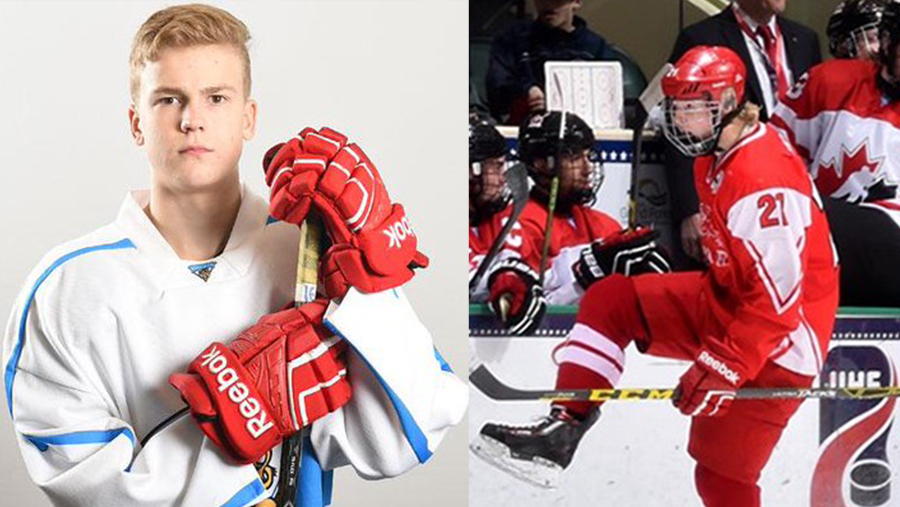 The Portland Winterhawks made two selections in the 2016 Canadian Hockey League Import Draft today, taking Finnish defenseman Henri Jokiharju in the first round and Danish forward Joachim Blichfeld, a San Jose Sharks draft pick, in the second round.

Jokiharju had nine goals and 20 assists for 29 points in 47 games playing as a 16-year-old with the Tappara U20 team in Finland’s Junior A league last season. In addition, he helped Finland win a gold medal at the World Under-18 Championship this year, as he registered three assists in seven games in the tournament. He also represented Finland at the 2015 World Under-17 Championship, where he had a goal in five games. Jokiharju is eligible for the 2017 NHL Draft.

Blichfeld was selected in the seventh round of this past weekend’s NHL Draft by the San Jose Sharks. He played last season in Sweden as a 17-year-old for Malmo’s J20 team in the SuperElit League, where he had 15 goals and 13 assists for 28 points in 45 games. Blichfeld also played in the World Under-18 Championship, totaling four goals and two assists for six points in seven games with his native Denmark.

“Henri is a puck-moving defenseman whose offensive instincts will be a great fit in the system we want to play, while Joachim’s goal-scoring potential will help our offensive depth,” said Portland Winterhawks Vice President, General Manager & Head Coach Mike Johnston. “Both Henri and Joachim played in older age groups last year, and that experience will serve them well. We look forward to speaking with both Henri and Joachim about joining us for the 2016-17 season.”

The Winterhawks will open the 2016-17 season on Saturday, September 24 when they host the Seattle Thunderbirds at the Moda Center at 7 p.m.