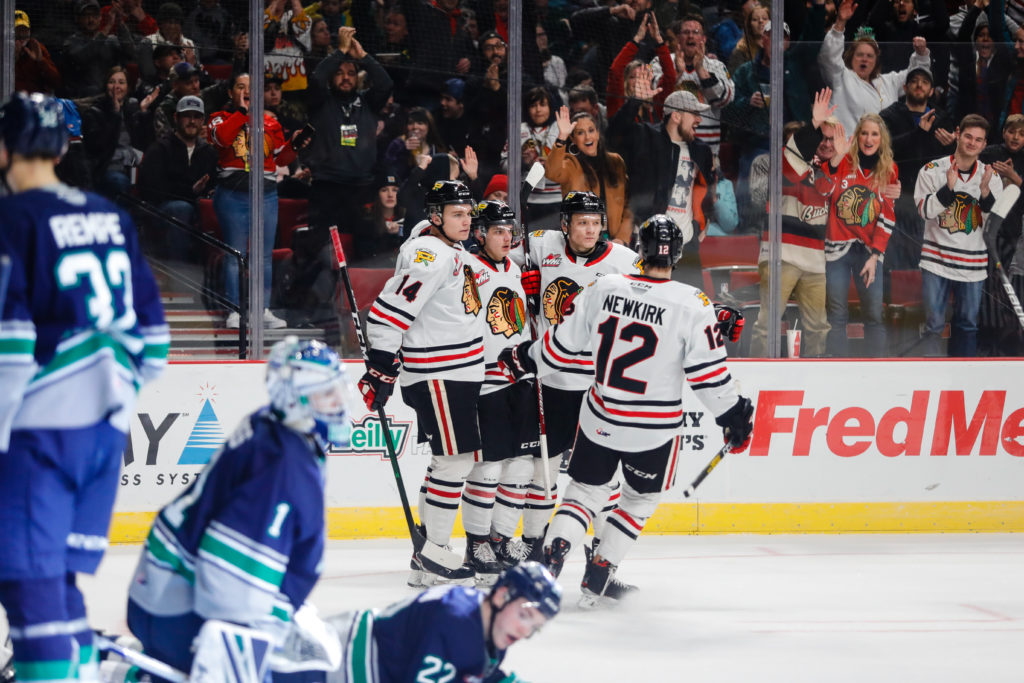 The Portland Winterhawks closed 2019 in style, beating rival Seattle 3-2 in front of a sold out Moda Center crowd. Nine different Winterhawks registered a point in the home win as they took over sole possession of first place in the division.

Seattle scored the first goal of the game early in the first period, but the Winterhawks rattled off three straight goals to climb to their largest lead of the night. Jack O’Brien tied the game at 1-1 off a net front rebound during the tenth minute of the first period. Thirty two seconds later, Kishaun Gervais one-timed in a centering feed from Lane Gilliss to give the Hawks the lead and they would not relinquish it.

Fast forwarding through the second period with momentum, Portland cycled the puck at the end of a power play chance and Jaydon Dureau blasted in a seam pass to make it 3-1. Seattle cut the Hawks lead down to one before the period’s end, but Portland stymied Seattle in the final frame. The Winterhawks only allowed two third period shots all night to secure the final win of 2019.