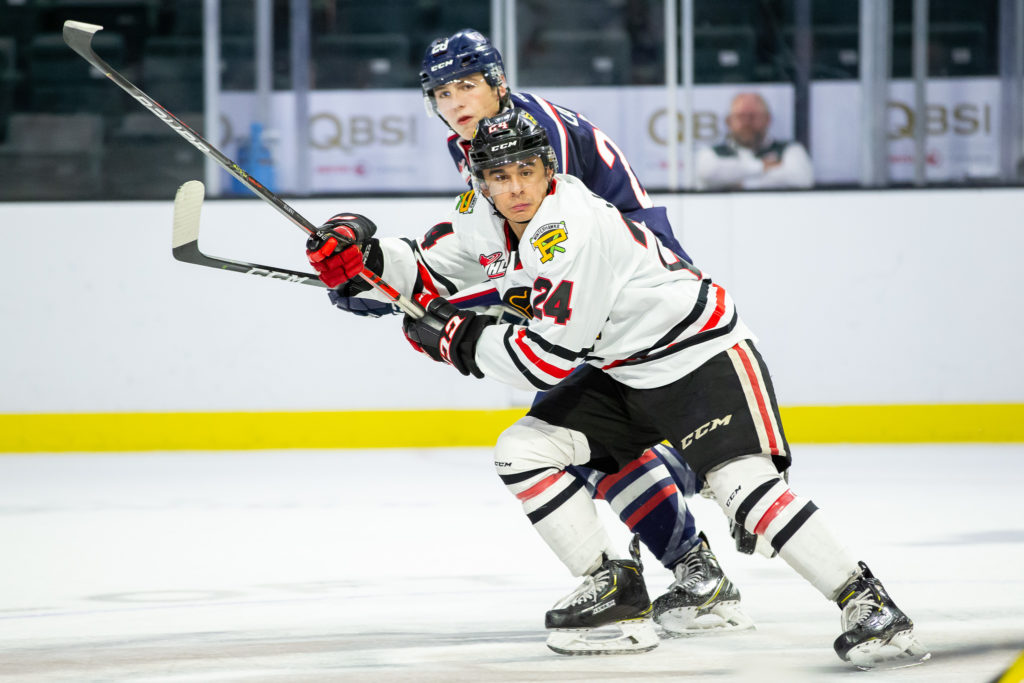 The Portland Winterhawks (1-2-0-1) continued their preseason play in Kennewick, WA at the Toyota Center against the Tri-City Americans, but they were on the wrong side of a 5-3 game.

Seth Jarvis opened the scoring with a shorthanded tally and he added an assist to give him five points through three preseason games. Newcomer Simon Knak netted his first goal as a Winterhawk in the second period on a one-time shot to give the Winterhawks a 2-1 lead at the time.

Special teams play was the difference on Thursday night as five of the eight goals came during 5-on-4 situations. Americans forward Connor Bouchard scored two goals and goaltender Talyn Boyko secured the win, stopping 33 of 36 shots.

Through four preseason games, the Winterhawks are tied for second in the WHL with 14 goals scored.

The Hawks have two preseason games left this weekend with the next match-up coming Friday afternoon at 3:00 p.m. against the Spokane Chiefs. Fans can listen to the broadcast live on the Winterhawks Radio Network and on the official mobile app.