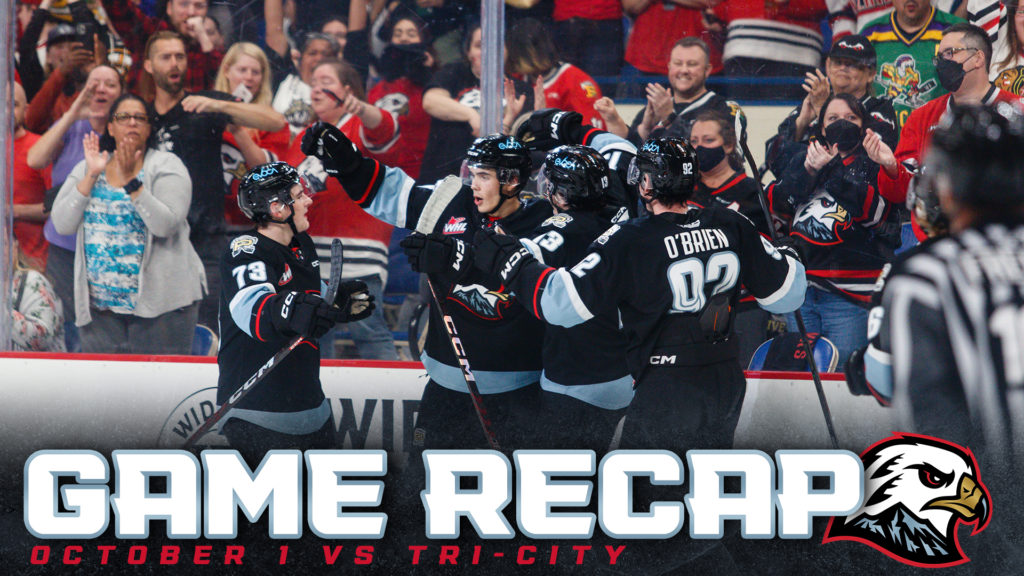 The Winterhawks continued to roll with a 4-2 win over the Americans in their Pacific Office Automation Home Opener.

Hockey returned to the Rose City with a flourish as four different skaters scored to lead the Winterhawks to a 4-2 win over the visiting Tri-City Americans on Saturday night. Portland’s Jan Špunar picked up 21 saves for his first WHL win in his first start.

James Stefan – also playing in his first WHL game of the season after starting the year at the LA Kings’ camp – got the scoring started midway through the first with a quick snapshot from the left wing over the shoulder of Nick Avakyan. Stefan’s first of the year gave Portland the lead until Adam Mechura leveled things for Tri-City late in the frame, but the hot stick of Gabe Klassen lit the lamp once more in the dying seconds of the first period. With the Hawks on a late power play, Luca Cagnoni deftly denied a Tri-City clearing attempt before finding Klassen at the right circle for a buzzer-beating snapshot through the body and arm of Avakyan.

The two teams again traded goals in the middle frame, with Andrew Fan netting his first career goal for the Americans at 4:35 to tie the game and Luke Schelter quickly responding with his second of the campaign to restore the lead. Marek Alscher got the play started with a 150-foot stretch pass to Jonah Bevington at the far blue line, who then spun a pass to a streaking Robbie Fromm-Delorme for a quick backhand cross-crease pass to Schelter.

Portland doubled its advantage on a power play midway through the third period as Robbie Fromm-Delorme got on the board for the first time this year. After a quick point shot from Cagnoni, Fromm-Delorme took a few whacks at the loose puck in the crease before finally slotting it into the top corner from in close for a 4-2 lead.

The Winterhawks remain at home for a matchup against the Medicine Hat Tigers next Saturday, Oct. 8 at 6:00 P.M.

“I thought the crowd was into it right away. Us players on the bench could definitely feel it…there was a lot of energy in the building and it made it easier for us to play and get behind the crowd.”