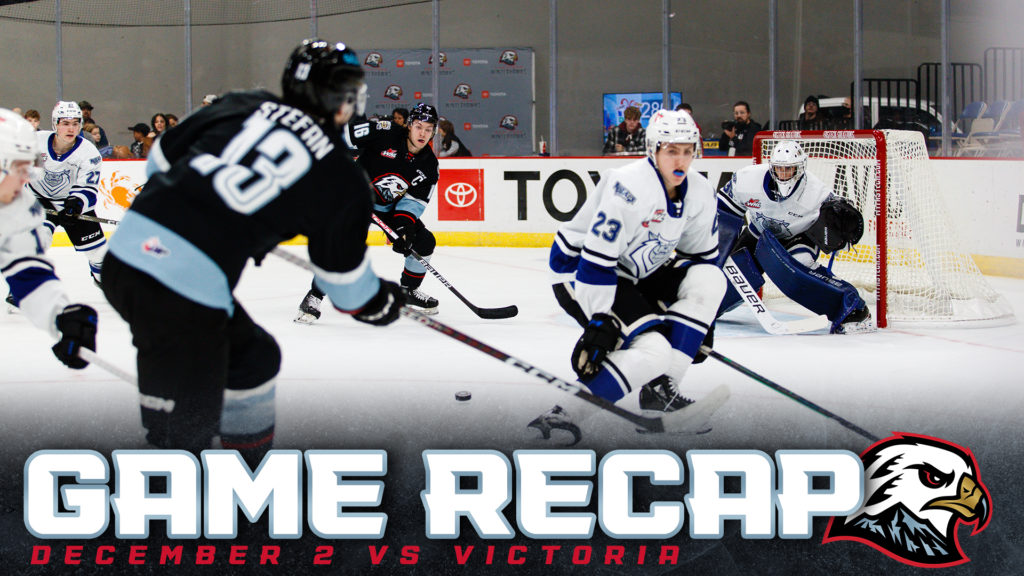 Thanks to a run of three unanswered goals and a perfectly executed 5-on-3 in the third period, Portland erased an early deficit and snapped a three-game skid with a win over Victoria.

Facing another early deficit, the Winterhawks (18-4-1-1) rallied for three straight goals to knock off the visiting Victoria Royals (3-19-3-0) by a 3-1 final and snap their three-game winless skid on Friday night.

Jan Špunar picked up 29 saves on 30 shots for his seventh victory of the campaign.

For the second time this week, the Hawks hit the first intermission down by a goal after coughing up an early tally to Carter Dereniwsky just 2:52 into the contest. Despite trailing, the hosts stuck to their game and quickly leveled the affair less than 30 seconds into the middle frame on Jack O’Brien’s seventh of the year. Camped out in front of the net, O’Brien hammered home an Aidan Litke to score for the second straight game.

As the final frame began, Portland pushed for another and finally got its breakthrough with two tallies in 1:21 to take, then extend, its first lead of the night. Gabe Klassen grabbed the go-ahead 3:28 into the third, finishing off some pretty passing on a 5-on-3 for his team-leading 16th goal of the year. Shortly after, Ryder Thompson finished off the conventional 5-on-4 power play with a blue line bomb that snuck through Nicholas Cristiano for his second of the year and a 3-1 lead for Portland.

The Winterhawks now hit the road for a divisional tilt in Everett tomorrow night at 6:05 P.M.

“Just an amazing feeling to be part of the program and take that (solo) lap. The first shift was kind of nerve-wracking, but after that I felt like I could get into my game a little bit.”