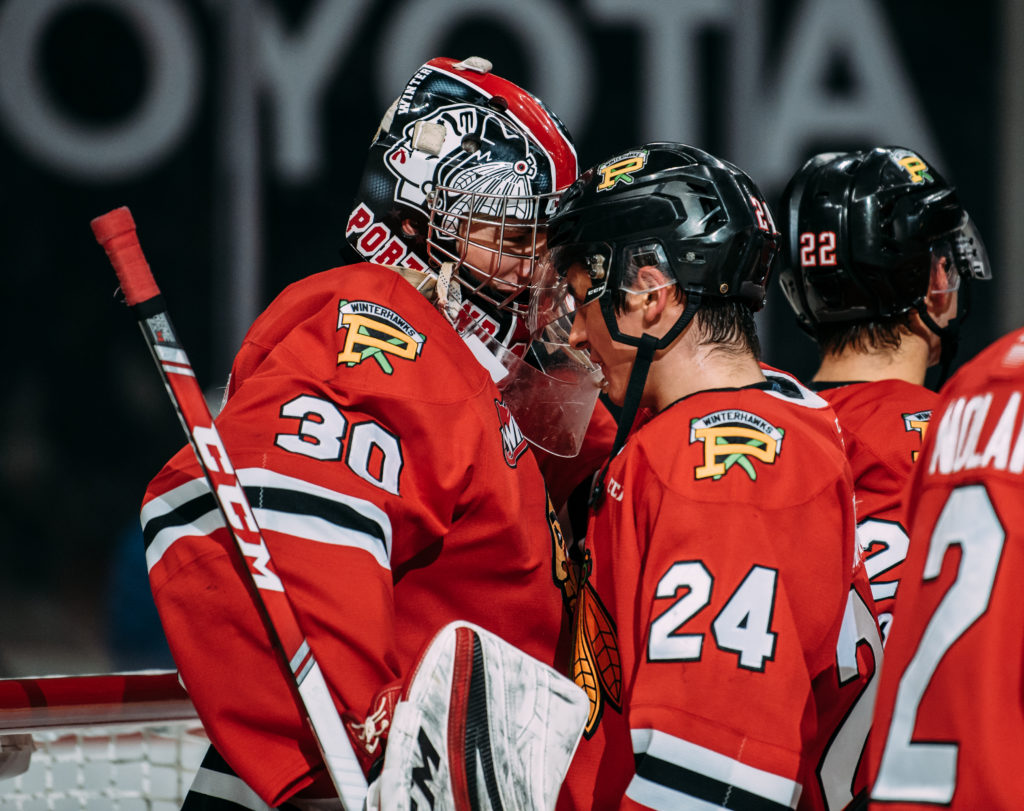 The Winterhawks sweep the regular season against Prince George after beating them 4-1 at home ice on Sunday night. The Winterhawks improve to 12-1-1-0 at home and they are the second team in the division to reach 20 wins this year.

Johnny Ludvig opened the offense eight minutes into the game with a snapshot that beat rookie netminder Tyler Brennan high glove side. The Hawks captain has already doubled his goal scoring production from a season ago.

Prince George tied the game on an early second period power play, but Portland stretched the game to a two-goal lead before the end of 40 minutes. Robbie Fromm-Delorme netted his sixth point of the series, the eventual game-winning goal midway through regulation time and Jaydon Dureau added an insurance marker five minutes later on the power play to put the Hawks up 3-1.

The lead proved to be too much for Prince George to come back from and Seth Jarvis scored an empty net goal to secure the series sweep.

1:31
brendan leipsic jack in the box
Jack in the Box | Winterhawks in the NHL – Brendan Leipsic
18 hours ago