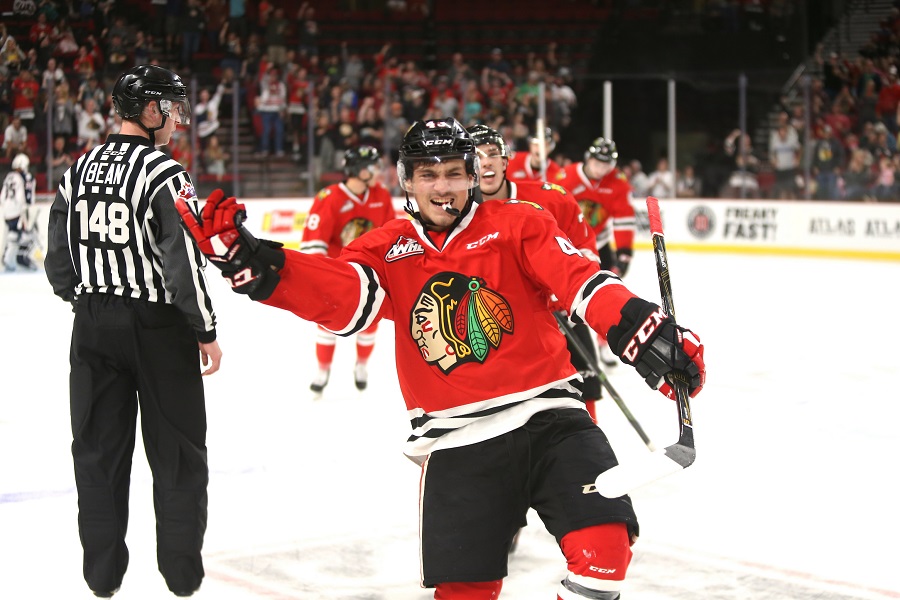 With just 13 seconds left in a tied 3-3 game, Skyler McKenzie scored to complete the comeback. The Hawks trailed by two with six minutes left in regulation before storming back with three unanswered goals to knock off Everett 4-3.

Last night against Seattle, McKenzie reached the 40-goal mark on the season and now has a four-game goal streak and seven-game point streak. It was Cody Glass who tied the game with just over two and a half minutes left in regulation with his 32nd goal of the season. Glass now has 94 points in his sophomore season, just shy of the 100-point plateau with three remaining regular season games.

Keegan Iverson added assists on the final two goals of the game including the game-winner for a nine-game point streak, while Caleb Jones’ goal tonight extended his own scoring streak to five games.

The Hawks will be back in action Tuesday when they travel to Kennewick to take on the Tri-City Americans at 7:05 pm in their penultimate road contest of the regular season.