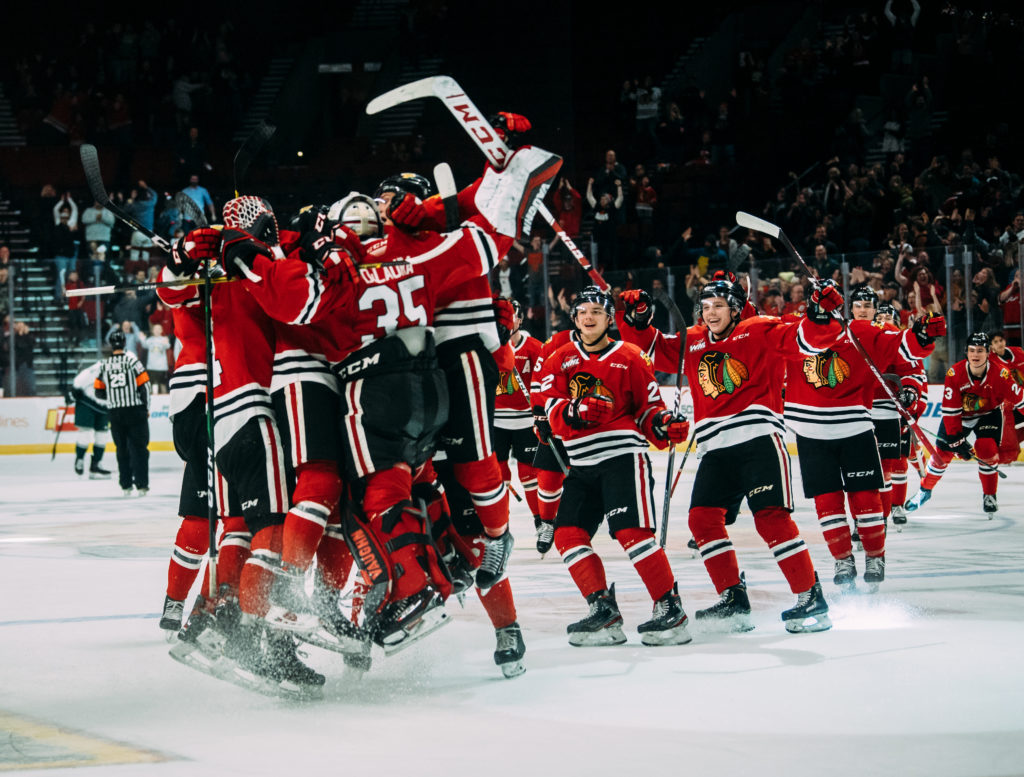 Reece Newkirk capped off a three-point performance and Isaiah DiLaura earned his first win as a Hawk as Portland surged back from a 2-0 deficit to beat the Everett Silvertips 3-2 in overtime. With the win, the Hawks extend their win streak to five-in-a-row and they improve to 3-0-0-0 against Everett this season.

The Silvertips scored the first two goals of the night on even strength to take a 2-0 lead 23 minutes into the game. Portland buckled down and outmatched Everett in the final two periods. Midway through the second frame, Robbie Fromm-Delorme cashed in for his fourth goal of the season to cut the ‘Tips lead in half.

Portland took 21 shots in the final 40 minutes and they scored the tying goal with a little under a minute to play, and an extra attacker on the ice, to force overtime. Captain Johnny Ludvig sprawled out on the ice to keep the play alive at the point and he worked the puck to Newkirk. Newkirk dropped a pass down low to Tyson Kozak and he fed it across the seam to Jaydon Dureau. The Saskatchewan native one-timed the shot passed Dustin Wolf to tie the game at 2-2.

In overtime, DiLaura turned aside all three Everett shots and he shut down a two minute penalty kill to give the Hawks a chance to win. With under a minute to play in overtime, the Winterhawks drew a power play opportunity, and they converted. With 23 seconds to go in the extra frame, Newkirk ripped in his fourth game-winning of the season in front of an electric Moda Center crowd.