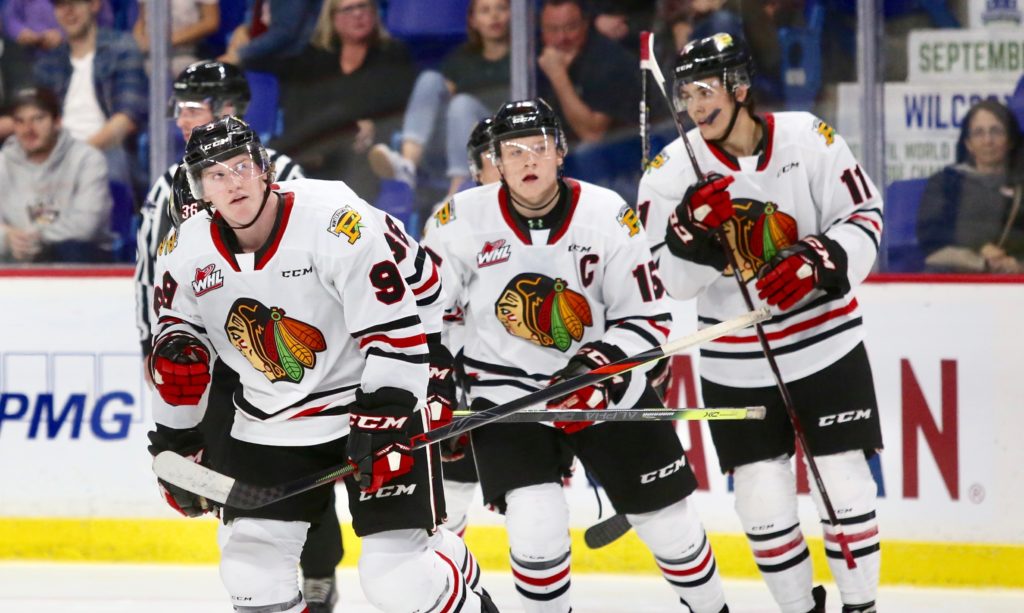 The Portland Winterhawks spoiled the Vancouver Giants home opener and banner raising ceremony by beating them 4-2 at the Langley Events Centre to improve to 3-0-0-0 on the year. The Winterhawks are now the last remaining unbeaten team in the league.

Portland took advantage of offense early as Tyson Kozak netted a pair of goals in the win to earn him top star honors. Lane Gilliss and Clay Hanus each added a power play goal in a game in which the Hawks won the battle of the special teams.

After battling through the third period with only 15 dressed skaters, the Hawks handed the Giants their first loss of the year. Portland heads east to Alberta for their next game against the Lethbridge Hurricanes on Friday, October 4th at 6:00 p.m.