Hawks Fight Cancer and Take the Game to a Shootout 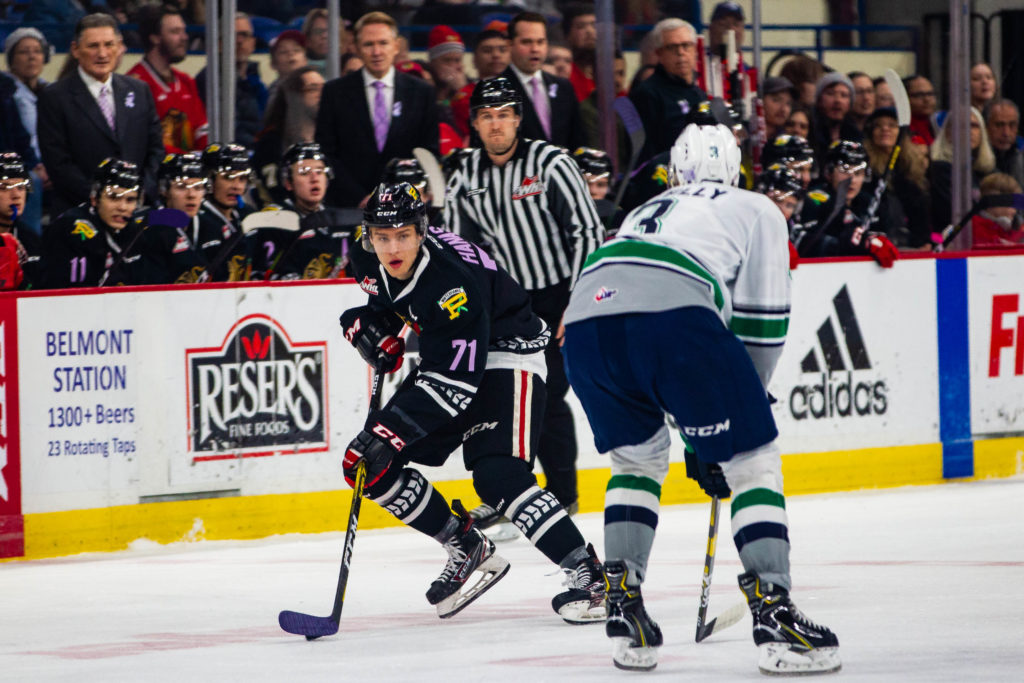 The Portland Winterhawks pick up a point against Seattle, but fall short in a 4-3 shootout affair. Cross Hanas highlighted the night with another Michigan goal scored from behind the net. He finished the evening with three points, including two goals and an assist.

In front of a nearly sell out, Portland and its tremendous fans raised thousands of dollars for the Hawks Fight Cancer initiative. Five different cancer research non profits were represented at the rink and fans can take home a Winterhawks specialty jersey by clicking on this link.