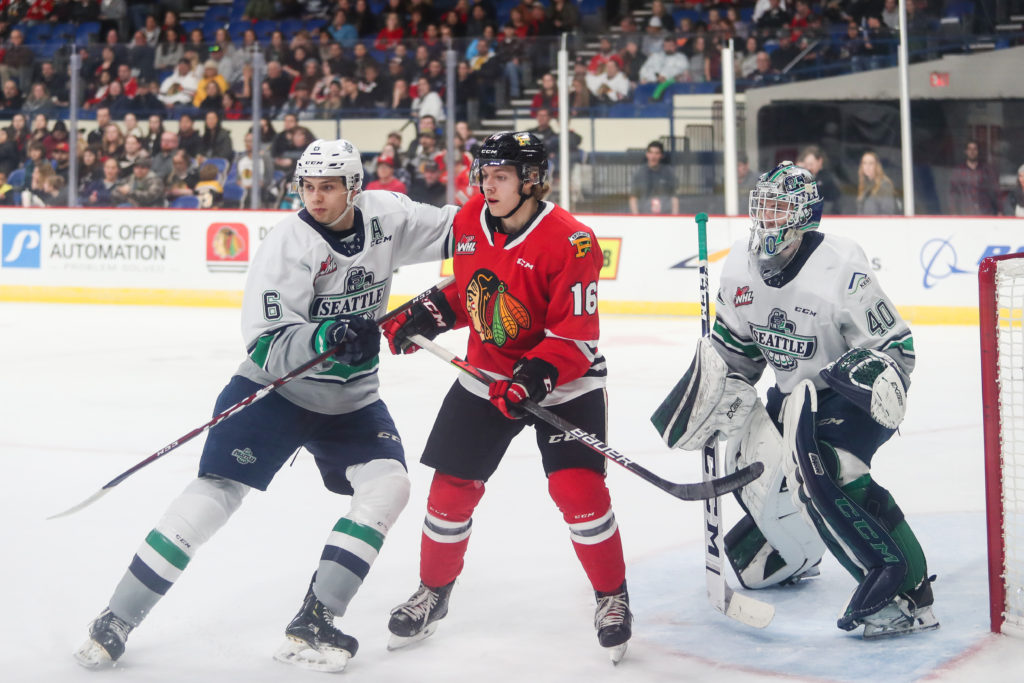 In their second meeting with Seattle, Portland came back twice to force overtime, but they drop the game 5-4 in a shootout at the ShoWare Center. Highlighting the night was WHL firsts from 16 year olds James Stefan and Gabe Klassen.

Both teams found the back of the net in the first period. Captain Johnny Ludvig scored the Hawks second power play goal in as many nights to give the Hawks a 1-0 lead on the road. Just over two minutes later, Alex Morozoff tipped in his third goal of the year to tie the game at the ShoWare Center.

After a wild second period, the game remained tied heading into the final frame. Portland out-shot Seattle 16-to-7 in the middle frame, but Seattle used a couple of power play goals to give them momentum. With a 3-1 lead at the midway point of the period, the Hawks responded with two goals in a 12 second stretch to tie the game at 3-3. James Stefan scored his first career Western Hockey League goal and Jaydon Dureau flushed in a rebound after the ensuing face-off.

Again in the third, Seattle broke the tie game with a Keltie Jeri-Leon goal to make it 4-3. The Hawks battled back minutes later as recently recalled forward Gabe Klassen scored the equalizer on his first Western Hockey League goal.

Both teams earned a point and Isaiah DiLaura made the save of the game in the overtime period, stopping a penalty shot attempt from Henrik Rybinski. In the shootout round, Seattle scored twice and Portland drew blanks on their two attempts, securing a 5-4 victory for the Thunderbirds.

Portland has points in their last three games and wraps up its three-in-three weekend at home on Sunday against the Winnipeg ICE.