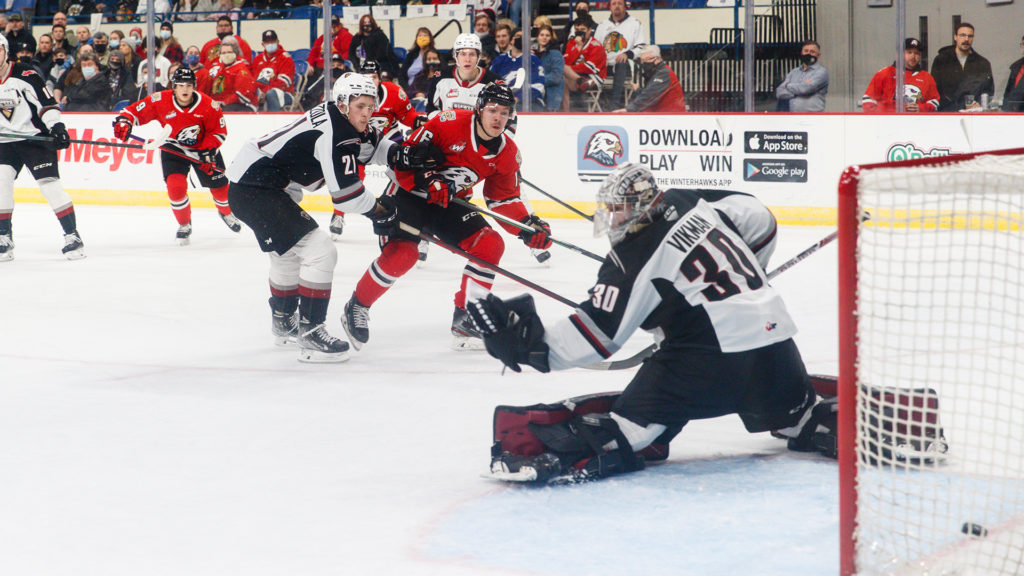 Portland forward Gabe Klassen found the scoresheet for a seventh straight game, but Vancouver captain Justin Sourdif tallied the game-tying goal and set up the game-winner in OT to help the Giants take home the extra point.

The Winterhawks and Giants traded blows for three periods before Alex Cotton tucked home a rebound off of a Justin Sourdif rush in overtime to seal two points for Vancouver.

The Giants opened the scoring right off the bat in this contest, as Payton Mount posted his fourth of the year just 14 seconds into the game. Portland worked its way back into the tilt, though, and Gabe Klassen eventually knotted things at a goal apiece. The Winterhawks’ leading goalscorer took a pass from Jack O’Brien as he entered the zone and snapped a shot past Giants netminder Jesper Vikman.

Portland took its only lead of the night at 14:24 of the middle frame when Tyson Kozak broke in alone and found Luca Cagnoni on the back door for his second goal of the season. Sourdif took over on the power play shortly after, with his seventh tally of the season at 16:04.

The Winterhawks carried play for the rest of the game, limiting Vancouver to just two shots in the final frame, but could not solve Vikman despite a late four-minute power play.

The Giants found their footing in the extra frame, and Sourdif put his leadership on display with an electric rush up the ice. Vancouver’s captain fired a chance on net that Dante Giannuzzi did well to turn aside, but Alex Cotton followed the play and deposited the game-winner over the outstretched leg of Giannuzzi.

Vikman finished with a whopping 41 saves in Vancouver’s win, while Giannuzzi turned aside 25 pucks in another strong showing for the Portland goaltender.

“Our third period was our biggest thing, only allowing two shots, and that’s huge for our team. We’re starting to play smarter when we have the puck, and when we’re without it, our coverage is a lot better in the d-zone.”