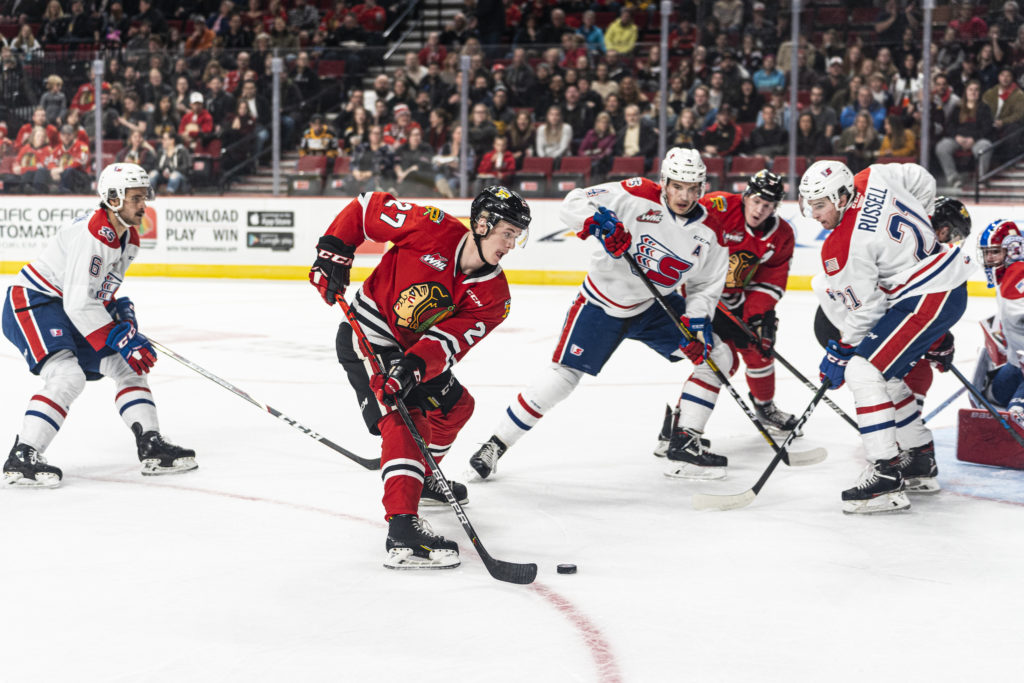 The Winterhawks pounded 39 shots on net tonight, but they fell short in a 4-3 overtime loss to the Spokane Chiefs at the Moda Center. It was just the Hawks second home loss of the year in eight contests.

Spokane was opportunistic in the first period, scoring twice in the frame thanks to Erik Atchison and Eli Zummack. Jonas Brøndberg scored his first home goal of his WHL career to keep it a one goal contest moving into the second period.

The Hawks were the dominant team in the middle frame, taking 19 of their 39 total shots and scoring twice on import netminder Lukáš Pařík. Eighteen-year-old rookie Kishaun Gervais banged in his first career WHL goal to tie the game at 2-2. In the final minutes of the period, Lane Gilliss netted the team’s first power play goal in the last three games, giving the Hawks a 3-2 lead after 40 minutes.

Spokane found a way to comeback yet again in the Rose City. They took just seven shots in the final frame, but with the goaltender pulled for an extra attacker, Jack Finley tied the game with 1:17 left. In overtime, the Winterhawks controlled the puck for the majority of the extra frame, but it was Finley who buried the winner in the final minute to give Spokane its ninth win of the year.