Hawks Double Up the Chiefs on Milestone Nights 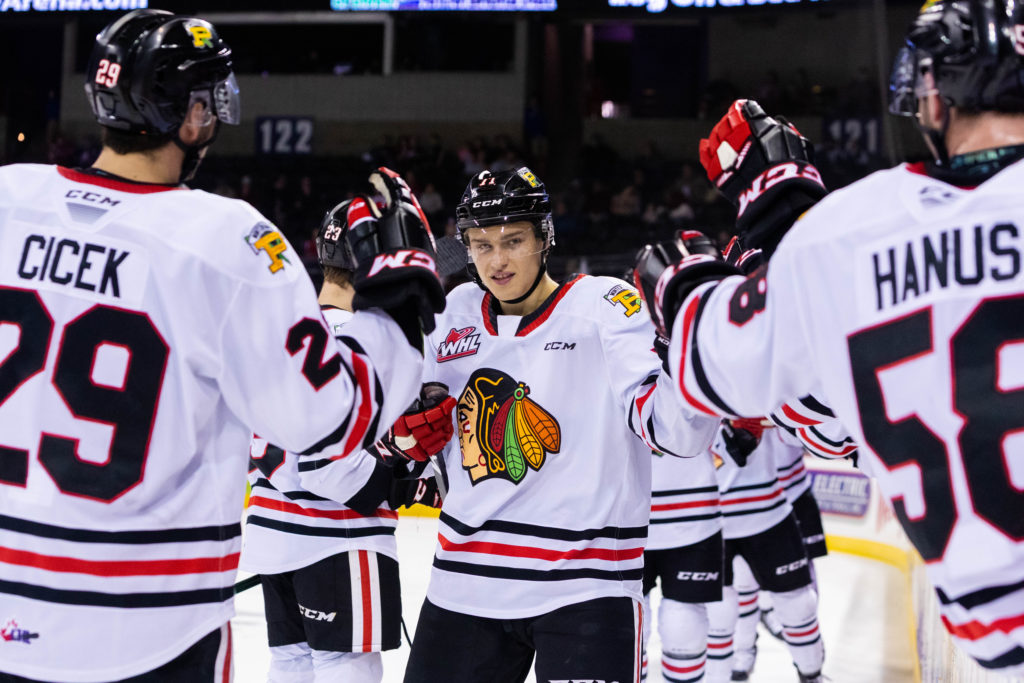 Portland defeated the Spokane Chiefs 6-3 in their first of eight meetings this season to increase their point streak to six straight games. Jake Gricius and his linemates headlined the victory while combining for 11 points. Gricius set a new career high with a five point night.

The Winterhawks controlled special teams play in the first period, giving them an early lead at Spokane Veterans Memorial Arena. Portland went 3-for-3 on the penalty kill and they scored 14 seconds into their first power play chance of the game.

In the fifth minute, Robbie-Fromm Delorme floated a puck to open ice toward the Spokane net and Cross Hanas whacked in his fourth goal of the season to give the Hawks a lead. After a media timeout, Spokane scored off an offensive zone face-off to tie the game at 1-1. That score did not last long because Johnny Ludvig blasted in his seventh goal of the season, fourth overall on the power play, a few minutes later, giving the Hawks a 2-1 lead into the intermission.

Cross Hanas netted his second goal of the night a little after the midway point of regulation with a nifty stick handling move to undress Spokane’s rookie netminder Campbell Arnold. His highlight reel goal gave the Hawks a 3-1 lead. However, less than two minutes later, Cordel Larson responded with a Chiefs goal to cut the lead down to one.

Portland was ready to close the game in style and they cashed in three times in the third period. Seth Jarvis scored the eventual game-winning goal on the team’s first penalty shot attempt of the season. His sixth goal of the year made it a 4-2 game. Just over a minute later, Jake Gricius followed up hard shot by Robbie Fromm-Delorme to score his first goal of the night to give the Hawks a three-goal cushion.

Spokane got one of those goals back on a delayed penalty call, but Gricius had one more in him as he deflected a point shot to give the Hawks six goals and the decisive win. The Winterhawks will play their next game on Friday, November 1 in Everett to start a three-in-three weekend.