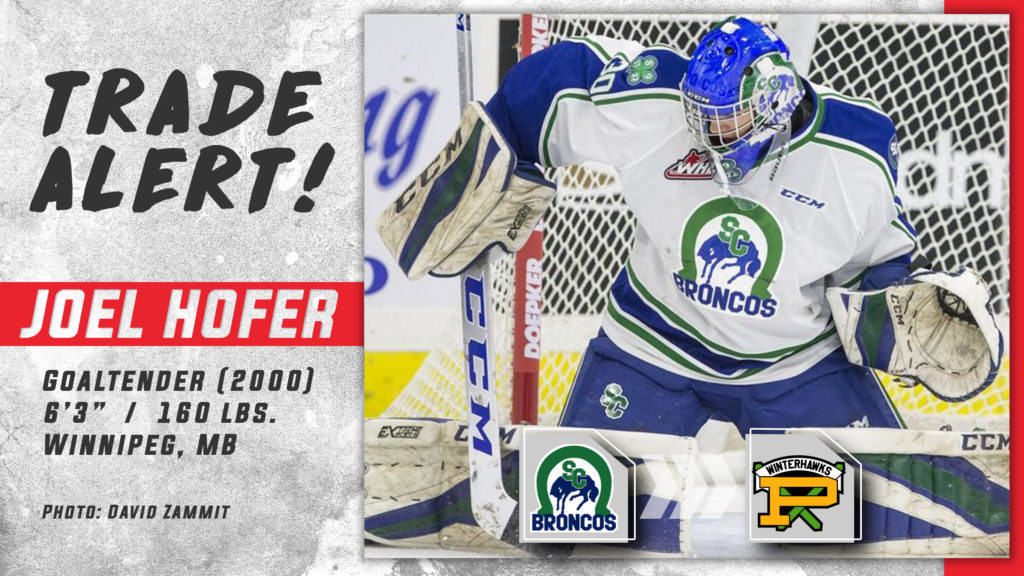 The Portland Winterhawks have traded for Swift Current Broncos goaltender Joel Hofer. In return, the Hawks are sending the Broncos six WHL Bantam draft picks. The trade will not include any Winterhawks players or prospects in the deadline deal to acquire the 2000-born goaltender.

“We are excited to add Joel to our group for the next two seasons,” Vice President, General Manager and Head Coach Mike Johnston said. “He has proven to be an elite goaltender in the Eastern Conference.” 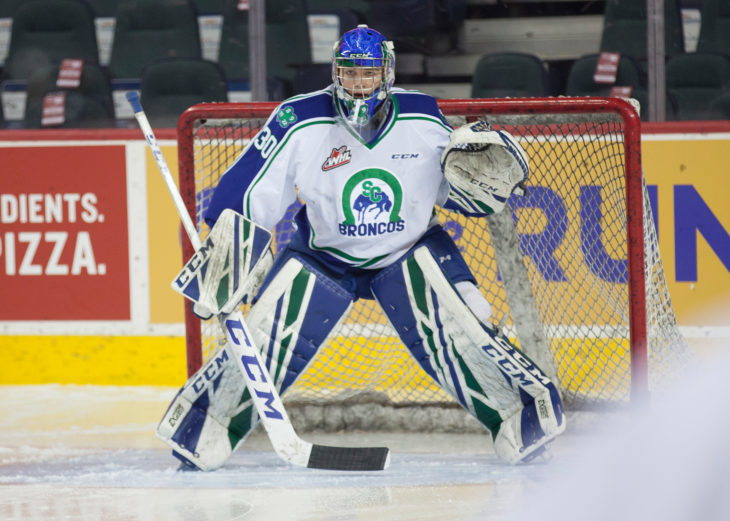 In 49 career WHL regular season games, Hofer has 14 wins with a 3.55 goal against average, .907 save percentage and two shutouts. He won the WHL Championship last year with Swift Current in his rookie season. The Winnipeg, Manitoba native has been a workhorse for the Broncos this year. He made 40 or more saves in 11 starts this season, including a career high 65 save performance in October.