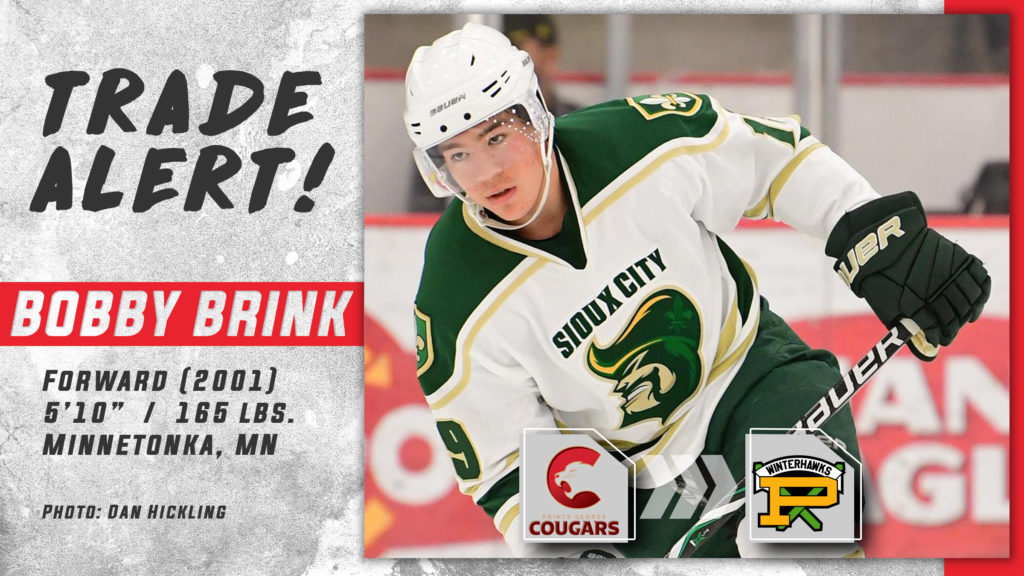 The Portland Winterhawks have acquired the rights to forward Bobby Brink (2001) from the Prince George Cougars in exchange for a 7th round draft pick in the 2019 WHL Bantam Draft.

The Minnetonka, Minnesota native is currently playing in the USHL with the Sioux City Musketeers. As of December 28th, he is second in the league with 33 points (15-18–33) in 19 games.

Brink recently helped USA win its eighth gold medal at the World Junior A Challenge and was named the tournament MVP after scoring eight points in six games.

The Portland Winterhawks take on the Tri-City Americans at the Moda Center Friday night at 7:00 p.m. On Monday night, the Hawks host the Thunderbirds in the annual New Year’s Eve game. Join us on December 31st when the Toyota Hockey Family of the Year will be announced. Tickets are available online at winterhawks.com/tickets.