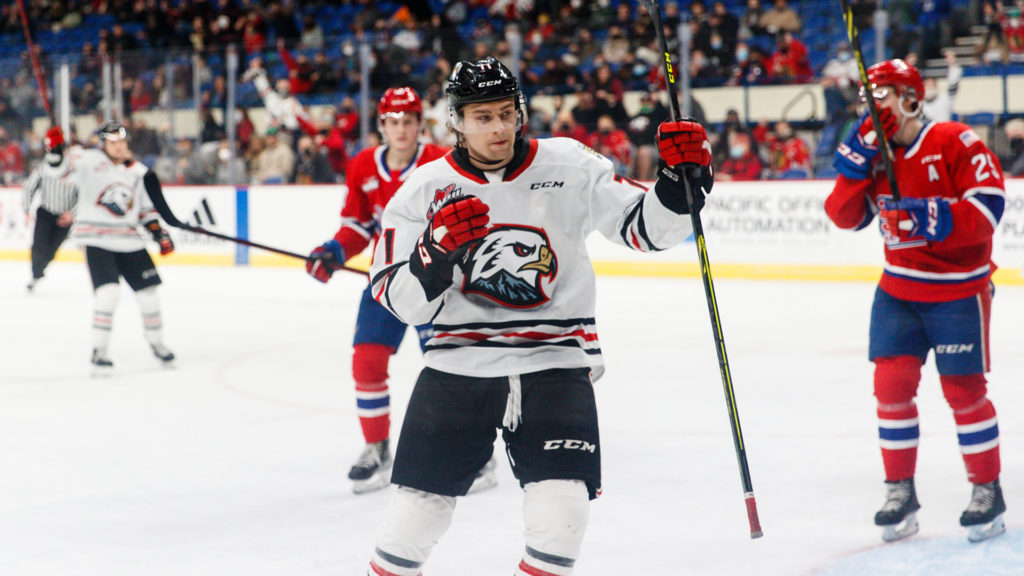 The Winterhawks picked up a third win in as many days with a back-and-forth 5-4 OT victory over the Spokane Chiefs.

Ryan McCleary lit the lamp 2:44 into overtime to help the Winterhawks take a 5-4 victory over the Spokane Chiefs and complete a set of three wins in three straight days. Portland has now won four consecutive contests and boasts a point in 11 straight games (10-0-0-1).

McCleary joined Cross Hanas on a 2-on-1 rush and deflected a cross-crease pass to seal Portland’s win. The goal was McCleary’s fourth of the season and second off the weekend after opening the scoring in Tri-City on Friday. Hanas finished with a game-high four points (1G, 3A) to earn first star honors.

Portland had the jump on Spokane early on, as Gabe Klassen opened the scoring for the Hawks for a second straight game at 13:38 of the first period. Klassen finished off a give-and-go play with Hanas with a one-timer from the top of the faceoff circle for his 16th tally of the year. Jack O’Brien then made it a 2-0 game just under two minutes later as he forced a turnover, then wired a wrist shot into the top corner of the net for his sixth of the season.

The second period belonged to the Chiefs, however, as Bear Hughes and Carter Streek found twine to get the visitors on the board and level the score. Hughes struck at 8:58 for his 12th of the season, then Streek lit the lamp on a power play eight minutes later with his fifth marker this year.

Spokane continued to roll in the third period, picking up a power-play goal from Erik Atchison at 5:49 for its first lead of the night, but Portland responded quickly with two goals in the next five minutes. Tyson Kozak leveled the score with a power-play marker of his own at 9:21, followed soon after by a laser beam from Hanas off of a rush down the right wing to make it 4-3. That score held for much of the remaining minutes, but the Chiefs continued to press and forced overtime when Graham Sward posted his seventh goal of the year with just 12 seconds remaining.

Both teams traded chances in the extra frame, but McCleary’s heroics gave Portland the win. Winterhawks netminder Taylor Gauthier finished with 26 saves on the night and picked up his fifth consecutive victory since coming to Portland.

The Winterhawks play again next Friday when they take on the Prince George Cougars for Pride Night at the VMC.

“There’s nothing better than coming out of a weekend with a sweep, especially a three-in-three. It was a tough night for us with last night’s game being super emotional, it took a lot out of us, but good teams find a way to win and we found a way to win all three (this weekend) which is huge for our group.” 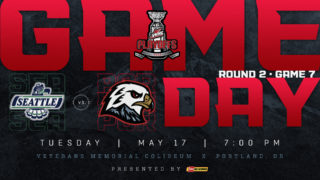