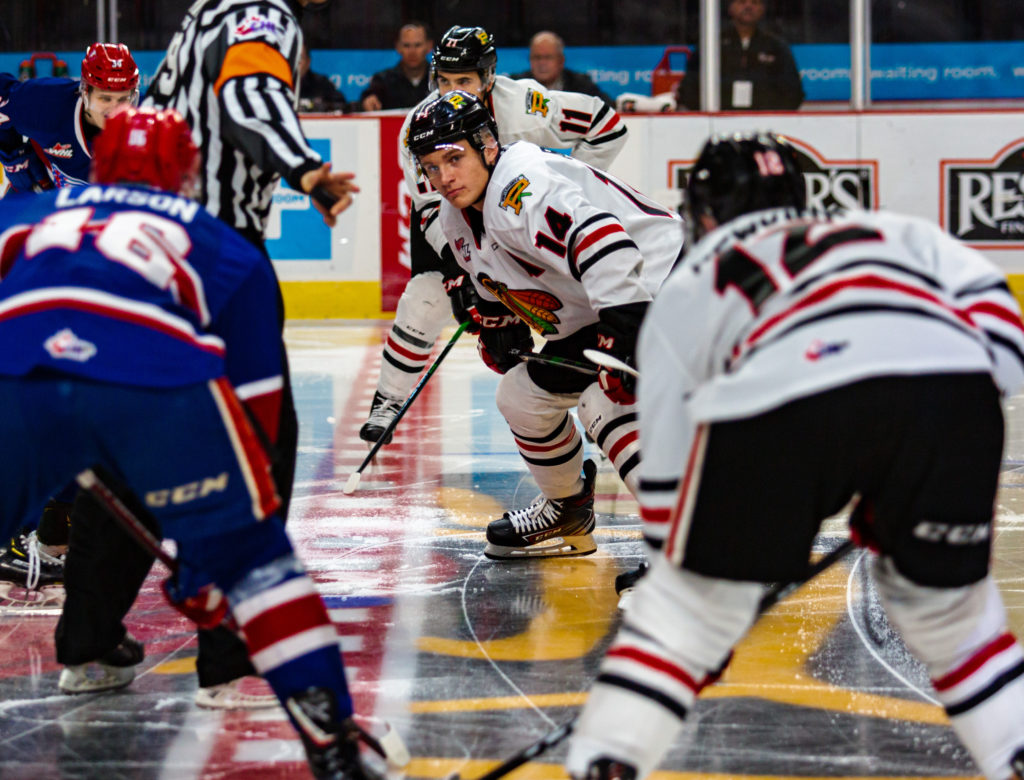 Portland used a strong third period on the road to beat the Spokane Chiefs 5-3 on Friday night, helping Associate Coach Kyle Gustafson earn his first official win operating as a head coach for the Winterhawks.

The Winterhawks struck four minutes into the game as Simon Knak skated behind the defense and zipped to the slot to drive in his seventh goal of the season. Portland took the first nine shots of the night, but Spokane barreled back to tie the game before the first intermission. Eli Zummack recorded his 50th point this year by cleaning up a rebound on the right post to make it 1-1 after one.

The scoring trend continued in the second period as each team found the back of the net. Spokane’s captain Ty Smith gave the Chiefs their first lead of the night on an odd man rush, but the lead only lasted three minutes. Portland attempted to funnel a shot on net, but it banked early off a Cross Hanas skate and Tyson Kozak shot the puck in to tie the game at 2-2 in the final minutes of the frame.

One minute into the third, Simon Knak one-timed in his second goal of the night on a rush to give Portland a 3-2 lead. It was the first time Knak posted two goals in a game during his short WHL tenure. A few minutes later, the Hawks would expand the lead thanks to a Lane Gilliss power play tally, giving Portland its largest lead of the night.

Spokane put up a fight, but Joel Hofer was dialed in late. The Winnipeg goaltender stopped 15 of 16 third period shots and the lone goal to beat him banked in off an intended defensive zone clear. Hofer finished the night with the second star honors and 39 saves, which is tied for his second most stops in a single game this season. Portland also won the battle of special teams play tonight, killing seven penalties and going 33.3% on their power play.

With a one-goal contest heading into the final three minutes, Robbie Fromm-Delorme shot in a 120-foot empty net goal to make it 5-3 and ultimately seal the victory.