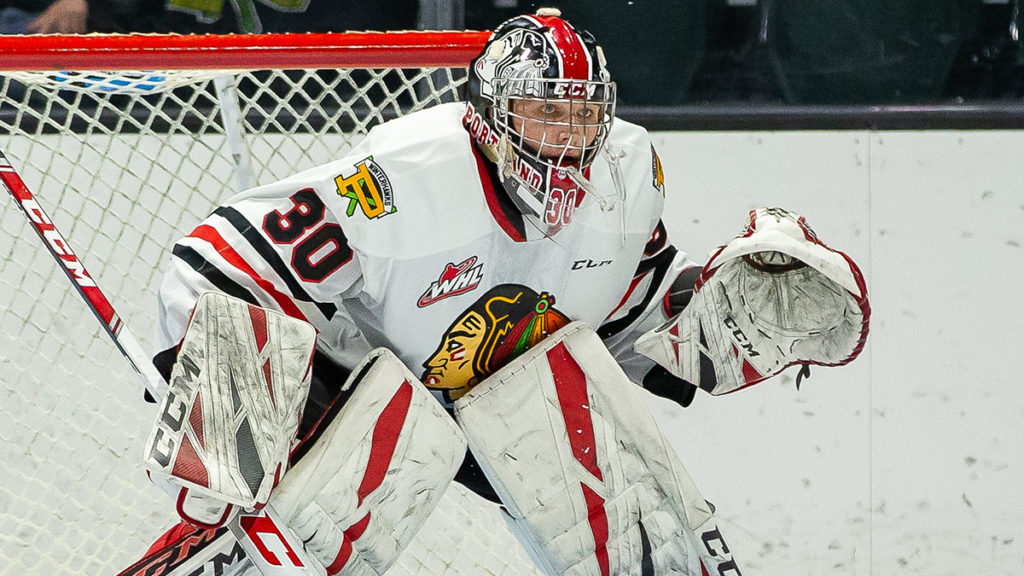 Winterhawks goaltender Joel Hofer was named on the Team WHL roster that will compete against Team Russia at the 2019 CIBC Canada Russia Series on November 13 and 14 in Saskatoon and Prince Albert, Saskatchewan.

Hofer was recently named the WHL and CHL Goaltender of the Week for his performance in Alberta. In three games and 185 minutes of action this week, the signed St. Louis Blues prospect posted a 2-0-0-1 record, 0.97 goals-against average, stopped 79 of 82 shots for a .963 save percentage, and recorded the fifth shutout of his WHL career. He also backstopped 106:29 consecutive minutes of shutout hockey during the fifteen day road trip. The performance helped launch the Winterhawks to first place in the U.S. Division.

The 6-foot-5, 172-pound product of Winnipeg, Manitoba is currently tied for second in the WHL with five wins this season. Through 26 career games with the Winterhawks, Hofer owns a 14-10-0-1 record with three shutouts, a 2.80 goals-against average, and a .915 save percentage.

For a complete schedule of the event and to see the WHL roster, click here.