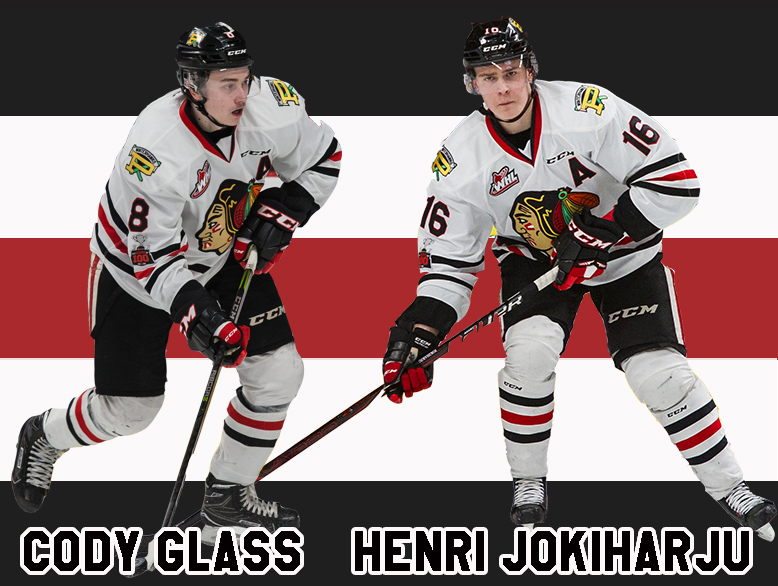 The Vegas Golden Knights first-round draft pick was the first Winterhawks’ player to reach the century mark in points since Oliver Bjorkstrand did it in 2015.

Defenseman Henri Jokiharju was named a Western Conference Second-Team All-Star. The Finnish defenseman ranked second in the Western Conference in points among blueliners and first in assists. His plus 47 rating was the highest among all defenseman in the Conference. The Chicago Blackhawks first-round pick had 71 points on the season, the most by a Winterhawks’ defenseman since Brandon Smith had 82 points during the 1993-94 season.

“Both Cody and Henri had incredible years for us and it’s a tremendous honor for them to be named Western Conference All-Stars,” said Winterhawks’ Vice-President, General Manager and Head Coach Mike Johnston. “Both players should be extremely proud of this achievement.”

Glass was also named the Western Conference’s Most Sportsmanlike Player. Among Top-10 scorers in the Western Conference, Glass’ 26 penalty-minutes were the second fewest. Glass was named an assistant-captain for the Winterhawks earlier this season, and is considered by his teammates and coaching staff, a leader both on-and-off the ice.

“Cody is an elite-player and very deserving of the Most Sportsmanlike Player award.” said Johnston.

Glass was also voted, Winterhawks’ team MVP, by his teammates prior to Portland’s game against the Chiefs on Sunday at the Moda Center.

The Winterhawks begin their post-season this Saturday and Sunday versus the Spokane Chiefs at the Veterans Memorial Coliseum. Tickets are available at Winterhawks.com/tickets.