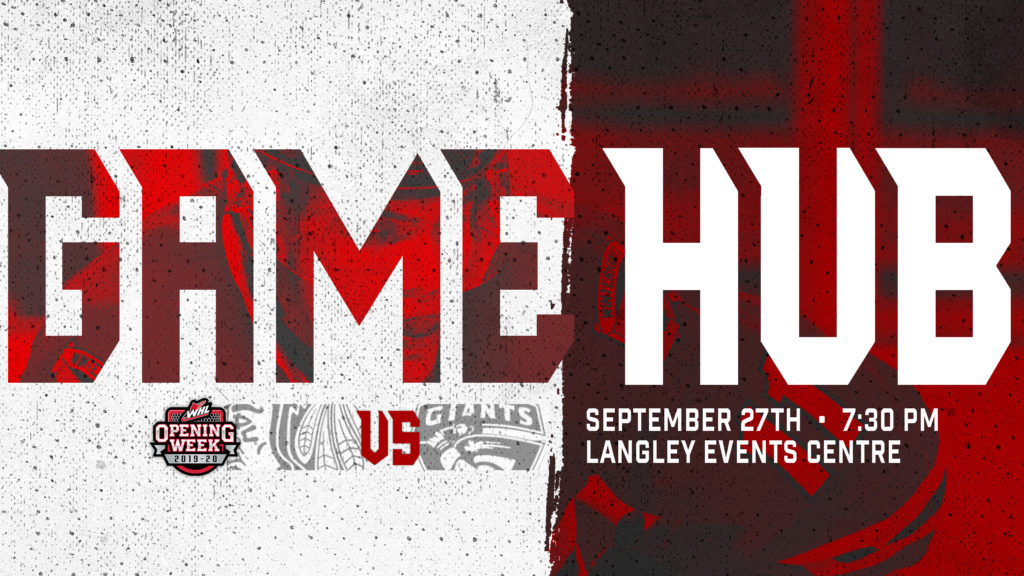 Two of the three remaining unbeaten WHL teams go head-to-head on Friday night in Vancouver. It is the Giants’ home opener and they welcome back Colorado Avalanche 2019 4th overall pick Bowen Byram to their line-up.

The Portland Winterhawks opened the 2019-20 regular season with a pair of wins against Western Conference opponents. Six Winterhawks players, including four 2020 NHL Draft prospects and Florida Panthers prospect Johnny Ludvig, recorded three points at the Moda Center last weekend to help propel the Hawks to a ten goal weekend. Offensively, the Hawks are currently tops in the Western Hockey League.

Due to their early success, the Winterhawks were recognized as honorable mention on the CHL’s Top Ten rankings. Tonight’s opponent clocks in sixth on the list.

The Giants won both games last weekend in Prince George, scoring nine goals along the way. Defenseman Seth Bafaro paces the team in points after scoring two goals and three assists in his first weekend of play. His five points already matches his production total with the Giants last season. Prior to puck drop, the Giants will have a banner raising ceremony to honor the reigning Western Conference Regular Season and Postseason Champions.

Last season, Portland swept the regular season series against Vancouver, going 4-0-0-0. During their win streak, the Hawks outscored the Giants 15-7, which is the fewest goals against in a single season series against the Giants in franchise history. This will be the first of four meetings between these two teams, with all four games taking place before December.