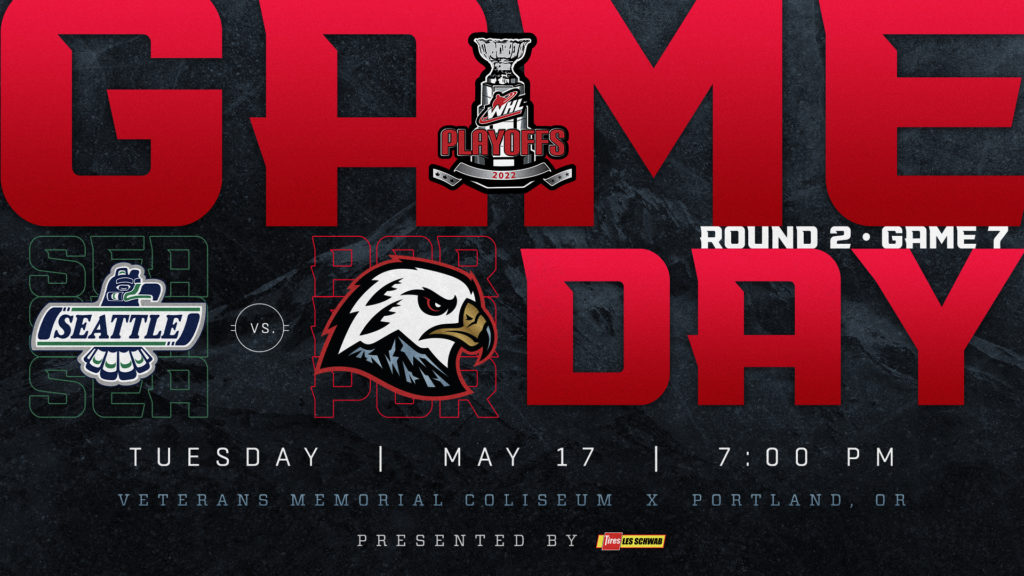 It’s all on the line on Tuesday as the Winterhawks host the Thunderbirds in a do-or-die Game 7 at the VMC.

The Series So Far: Series Tied 3-3

The most exciting two words in sports: Game 7! It all goes down tonight at the VMC as Portland and Seattle wrap up a grueling second-round series with a winner-take-all showdown. Portland is 8-7 all-time in Game 7’s, including a 5-3 home record. Most recently, the Winterhawks eliminated the Spokane Chiefs in 2018 with a 3-1 win on home ice.

A seven-game series is meant to find the better team over time, to give both sides a chance on home ice and see who can grit out four wins the fastest. But when a series gets all the way to Game 7, all bets are off. It comes down to one game to decide whose season ends and who takes one more step towards the championship, and the Winterhawks are ready for the challenge.

“We’re obviously going to come the most prepared we’ve been all year for this game. This is huge. Our season’s on the line, but I have all the confidence in this group. When the VMC is going, it’s super loud and it’s the best fans in the WHL and the best atmosphere…it would be huge for us to get a lot of people to come out and support us like they have been all year,” said Kurtis Smythe.

Get up and get loud, Portland! We’ll need a rowdy VMC to help get the win tonight.

How We Got Here

Portland raced out of the gates in this series with back-to-back wins, but traded victories with Seattle over the next two games en route to a 3-1 lead. With their backs against the wall, the Thunderbirds picked up close wins in Games 5 and 6 to keep their season alive and force tonight’s Game 7.

The winner of tonight’s game will advance to the Western Conference Championship to face the Kamloops Blazers, who eliminated the Vancouver Giants in six games on Sunday.